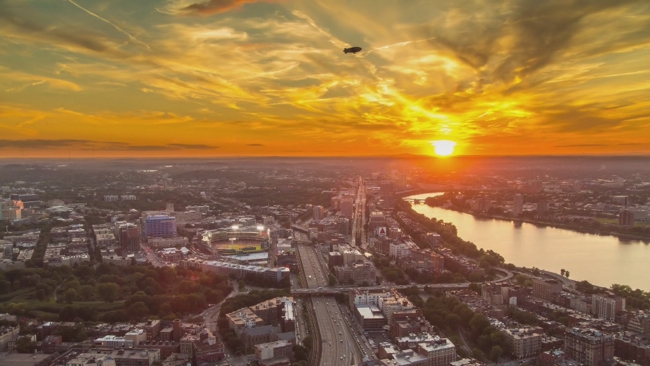 A city upon a hill

Time Lapse and Tilt-Shift are used in this lovely film taken in Boston. For anyone that lives there, it will be a fond reminder of what this fantastic city looks like when it's not under seven feet of snow

Time lapse can give us a view of the world that we don't normally see. It compresses time so that we not only view changes that would otherwise be invisible, but also patterns that you simply can't see when you look in real time. Sometimes the result is magical. Cities become living places with traffic and people flowing through their veins and arteries.

Tilt-shift is a technique that changes our perception of reality and makes everything look like it's a small-scale moving model. However long you stare at good tilt-shift footage, and however well you understand how it works, the effect is still as stunning as it is perplexing.

Both types of filming are here in this gorgeous view of Boston by Sean Collins and Julian Tryba. Here's what they say in their production notes:

Boston does not sit atop a hill, rather the expression is in reference to an ideal city. The term originates from the Bible and was later used by the Puritans who settled New England and echoed in speeches from JFK to Ronald Regan.

This video is a collaboration between myself, Sean Collins, and acclaimed filmmaker Julian Tryba. We spent many nights atop buildings with several cameras rolling and waited for time to lapse. Many of the shots were filmed from the two tallest building in New England; the Prudential Building and the Hancock Tower.

This project came about after the success of my previous Boston time-lapse film (vimeo.com/69025727) Numerous people reached out to me and expressed their gratitude for showing them their beloved city in a new light.

You can see more of Julian's layer-lapses at vimeo.com/108792063. Julian, thanks for being part of this project and saving my shots more than once.

Thanks to my assistants: Erik Bowden and Sarah Lew, Peter Masucci from WBZ, the Hancock Tower, and my friend, Kenan Alsarabi, who let me sleep on his couch while I was making this video.
And also thank you to my amazing girlfriend, Lauren, who helped me film much of this video.

A CITY UPON A HILL from Bodhi Films on Vimeo.