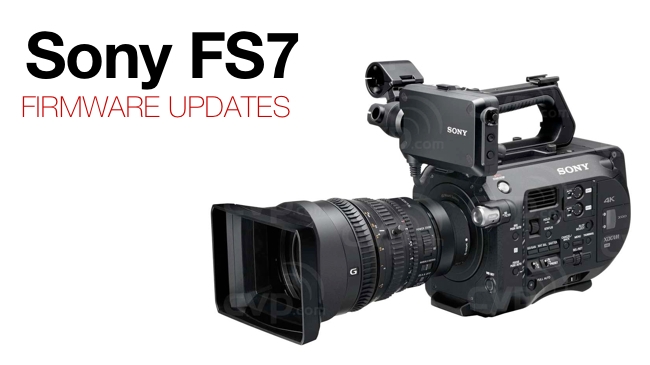 Sony has announced some important updates to its popular FS7 camera, including full DCI 4K, ProRes and 4 audio inputs.

The FS7 has captured the attention of a large sector of the filmmaking community. It's a 4K cinematic camera strong specifications at a price that is affordable to many.

Just like several of Sony's current crop of cameras, it comes with a very significant potential for upgrades. Sony told us today that a key factor for their clients when they're deciding what to buy is longevity. They want a camera to last, because that allows them to get a good return on their investment.

On the face of it, this is completely contrary to what you would expect in the current vortex of rapid technological progress (where phones are obsolete in three months).  But with modern cameras you get the best of both worlds: a body that is ergonomic and built to last, and reprogrammable digital electronics that can be updated as new software is written.

So you won't go far wrong if you think of modern cameras as very specialised computer platforms that will change throughout an extended period of ownership.

Another trend is that superficially different cameras have a lot in common internally. This is important because it means that the same software teams can work across a broad range of cameras - which is obviously much more cost effective for the manufacturers.

There are three main upgrades coming around the end of March. They are available at zero cost to the customer.

ProRes recording with the XDCA recorder

ProRes recording in HD will be supported in the three HD resolutions of the Apple codec. The top quality, ProRes HQ, is visually lossless at its highest bitrate. Sony told us that they have made this upgrade to allow compatibility with existing ProRes workflows. They explained that they have not provided 4K ProRes because their own XAVC codec is much more efficient at 4K resolutions. The ProRes upgrade requires the XDCA extension unit.

There are various ways to physically connect four channels of audio to the FS7 and the upgrade enables these channels for recording. For example, there are two XLR inputs and two via the MI Hotshoe connection on the handles. You can add an external adaptor to provide a total of four XLR inputs. These additional inputs can also be used for timecode - opening up some new synchronisation options for the camera.