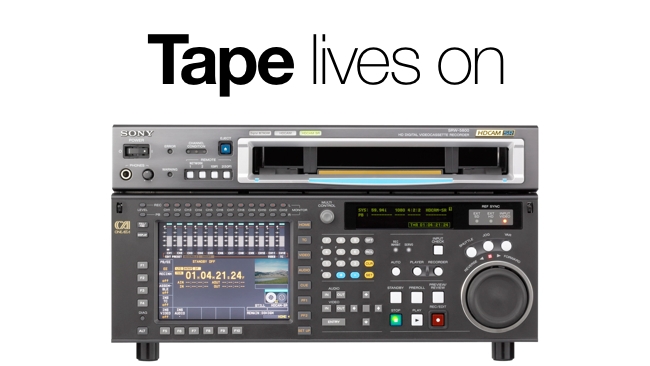 Anyone still using ½-inch format equipment will be happy to know that Sony has strengthened its VTR refurbishment programme. So, while it will stop selling the kit next year, video tape recorders, cameras and players will still be serviced by the company until March 2023.

The ½-inch service is based at the company’s European factory in Pencoed, Wales, and reflects the fact that tape is still in use throughout the industry. There might not be any firm figures regarding the continued use of tape, but extremely rare is the broadcast facility or even OB truck that doesn’t have at least one VTR deck sitting in a corner or in a rack ‘just in case’.

Expand your frame of reference to include Eastern Europe, South America, North Africa and elsewhere, and reports of tape’s death have to be listed as greatly exaggerated in these areas where the roll out of HD is still considered to be underway. Indeed, Sony has always been keen to point out that it is going to carry on manufacturing and supplying Professional Tape Media even when it pulls the plug on VTR manufacturing.

Also add in the fact that Sony estimates that the average media company has around 100,000 undigitised videotapes currently sitting on its shelves. Continuing to maintain the equipment to support the industry that’s digitising that vast mountain of content makes sound economic sense for a few more years yet.

Finally it’s worth pointing out that Sony developed its first VTR in 1965. An active 58 year lifespan for a technology that has been with us from the early days of colour television through the birth of the computer age and into the internet era seems to be rather good going.