Does RED have a secret weapon up its sleeve? 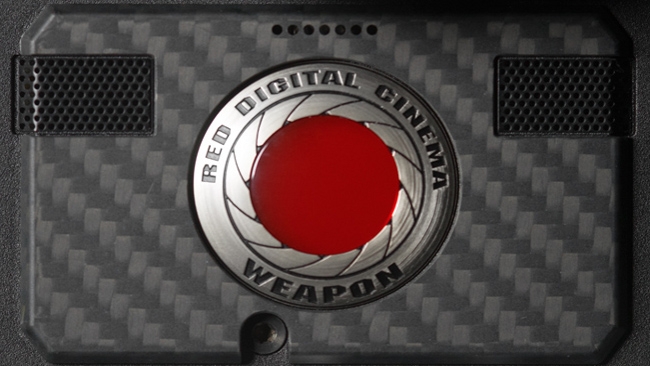 Does RED have a new camera? The following is all speculation but all the signs are there

The RED Camera company looks like it has has a secret new camera that it is going to unveil at this years NAB. It's possibly called the "RED Weapon" which is in my view isn't a great name for a camera, but there we go. (I kind of hoped that with the Scarlet and Dragon we were moving away from the  military technology type names at RED but it would seem I was wrong.)

Anyway I guess what matters most is not the label on the box but what is inside although sadly at present there are not a huge amount of details. Here's what is likely at this point:

It's a new camera and will come in carbon fibre and regular versions. Owners of the RED Dragon (both Epic and Scarlet Dragon) will be able to upgrade (or weaponize... oh dear) to the new camera but not owners of the older MX technology.

There has been a lot of focus on ergonomics from camera companies lately and the new camera will have a new unknown form factor that RED is presently keeping under wraps. I would expect improvements in this area while keeping to the modularity that RED is known for. It appears to have built in stereo microphones from the photo and it is hoped that it will have XLR socketsas well. The photo is also missing the fan at the front which is making users hope that it all runs cooler somehow. RED is also touting that "thinisin" in this context so this makes me wonder if the new camera body is going to be significantly thinner. The older RED SSD's are going to be obsoleted in favour of the new RED Mini SSD's on the new camera.

Apparently the camera can be operated remotely, presumably over wi-fi. Jarred Land from RED has been driving around with it hidden under a cardboard box and controlling it from a touch screen in the dashboard of his Jeep thing: 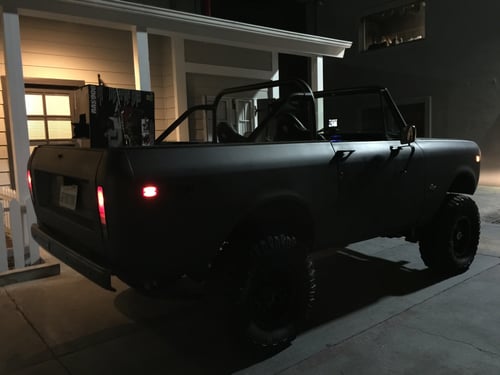 Heres what Jarred Land had to say on REDUser:

I have been driving around with W for the last 2 nights all night long in Downtown Los Angeles testing random new things. I was having so much fun I kept telling myself " ok just one more shot " over and over and over again until the sun came up.

The good old "prototype camera hidden under a cardboard box with a lens sticking through a hole" worked like a charm.... managed to completely avoid the cops.

Touchscreen control from the dash.

Probably need to sleep before I say too much :)

The fact that Jarred is driving around with the camera at night would seem to suggest that the new camera will have great performance in low light conditions. Better low light performance could possibly be down to a larger sensor. RED has been known to be working on a 65mm sized sensor camera for some time and there is speculation that this may arrive with the RED Weapon but we don't presently know. It's possible that it won't immediately arrive with the huge sensor as the upgrade is only available to Dragon owners, so it could be that it will keep the present dragon sensor. Alternatively perhaps RED has developed a new technology that allows you to change sensors in a more straightforward way.

RED is claiming this is going to be a big and significant update to the RED Line of cameras but we are going to have to wait till NAB to find out much more as RED have only released this little bit of information to warn existing users to get the RED Dragon update while they still can. RED is going to switch their upgrade and manufacturing lines over to the new camera after NAB and at that point both Epic and Scarlet MX users will not be able to upgrade to dragon or the new camera anymore.