New FAA rules to make filming with drones much easier 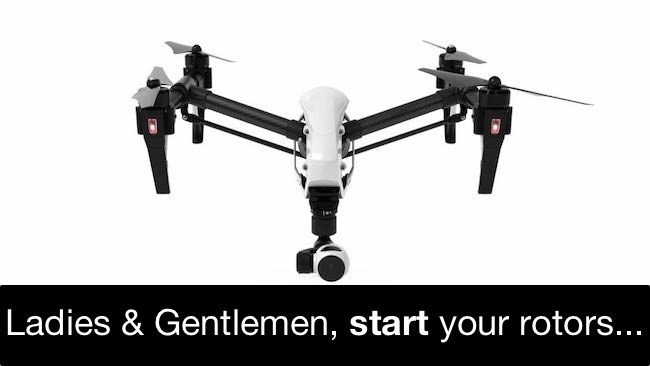 While the oft-touted future of Amazon delivery drones flitting across the skies just took a significant knock, for those who want to use drones to shoot video everything has taken a turn for the better with the United States Federal Aviation Administration latest proposed set of rules covering the operation of UAVs.

This is the second time in just over a week that a US federal body has come out with proposals that have been a lot less restrictive than had previously been speculated, the FCC’s new stance on net neutrality surprising many Washington insiders. So, instead of the restrictive and extremely heavy handed raft of new legislation designed to keep drones firmly on the ground everyone was bracing themselves for, the FAA has gone down a much more liberal, even laissez-faire path.

Unless, that is, you’re a major retailer hoping to deliver parcels the length and breadth of the nation. In the Summary of Major Provisions of Proposed Part 107 to its regulations, as well as stating that unmanned aircraft must weigh less than 55 lbs, states the following:

Visual line-of-sight (VLOS) only; the unmanned aircraft must remain within VLOS of the operator or visual observer. (A VO acts as a kind of relay.)

There are other rules too. Operators have to be over 17, commercial drones have to stay under a 500 feet ceiling, fly only during the day at a maximum 100mph, and — and this is very much a key point — pass an initial aeronautical knowledge test at an FAA-approved knowledge testing centre and get that refreshed every two years..

So, while drone operators will have to get an operators license, no pilot license and logging of flight time will be required, and once they get it they are pretty much free to fly. This is great news for the nascent industry in the States and elsewhere too, the world’s regulatory bodies always keeping a close eye on each other and tending to follow suit.

To date, the FAA has approved 29 exemptions allowing commercial drone flights by companies, with a mere seven of them being for filmmakers. And while it may take up to two years for the proposals to be formally implemented - there will be push back from Amazon and others who argue that monitoring video streamed from the vehicles is enough to guarantee safe flying -  that market is just about to become a lot more crowded. Indeed, FAA projections suggest that there will be 7,550 licensed drone pilots within five years of the law becoming final.