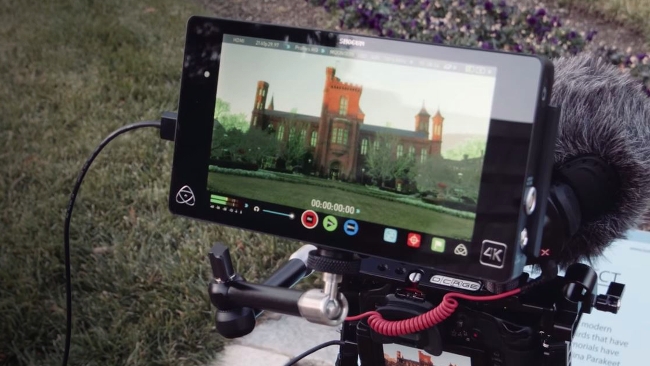 We've covered the Atomos Shogun extensively thus far, from first impressions to external reviews and more. Since the debut of the professed "world's first 12G SDI & 4K HDMI I/O monitor recorder and deck," the Atomos Shogun has been a popular item for shooters of the Sony A7s (as the Shogun is the only recorder capable of capturing 4K from the camera's full sensor read), the Panasonic GH4 (the Shogun may be an attractive I/O alternative to the optional DMW-YAGH interface unit) and others.

RedShark News contributor Paul Moon, a filmmaker who manages indie filmmaking site focuspulling.com, shared a thorough unboxing and test video of the Atomos Shogun. Interestingly, he decided to test the Shogun with Blackmagic Pocket Cinema Camera (BMPCC), as well as the expected Panasonic GH4, to see how similar the Shogun's 10-bit 4:2:2 GH4 4K footage matched with the internal 10-bit 4:2:2 HD capture of the BMPCC. Moon made the following observation: "I was satisfied by the proof here comparing 10-bit 4:2:2 via ProRes HQ (Shogun) against 8-bit 4:2:0 via .MOV (GH4 internal), ironically by way of deduction: the capture looked identical [in terms of color] between the Shogun externally versus the BMPCC internally, both recording at 10-bit 4:2:2 via ProRes HQ."

There are more takeaways from Moon's tests, but you'll have to watch video below to find out.

Editor's Note: In the video, Moon mentioned that the Atomos Shogun, at that time, did not have playback. That feature has since been added via firmware update. More information can be found HERE.