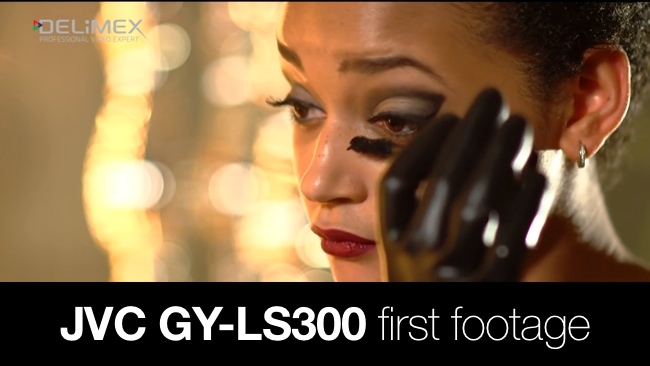 We've just got hold of the first test footage from the JVC-LS300, JVC's 35mm 4K camera with a Micro 4/3 lens mount

For us, the most interesting thing about this camera is that it uses JVC's own sensor. So we're in virgin territory here. This is the first time we've seen what the new sensor is capable of.

It's a curious camera, because the image circle from Micro 4/3 lenses can't cover a full 35mm sensor, but, despite this, there are tangible advantages in using this mount, because it's extremely versatile and there's a large number of adapters designed to use it.

To avoid any nasty side effects from this apparent mismatch, the GY-LS300 has Variable Scan Mapping, which crops and scales the images to make the best of whatever lens and adapter combination is in use.

So, here's what it looks like. To us, it's impressive, especially for a pre-production camera.

We're watching this intriguing camera very closely and will bring you more information as soon as we have it.

Thanks to  Werner Sas of Delimex for sending this to us.