Alexa 65 gets rave reviews from industry heavyweights at launch event 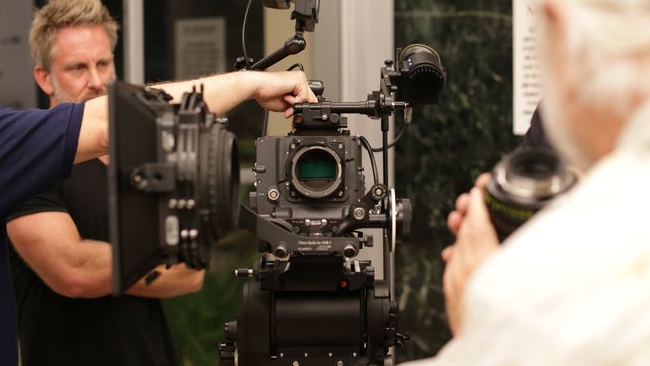 At a launch event in Los Angeles, ARRI wowed its audience of cinematographers and Hollywood taste-makers with its full-screen presentation of footage from the Alexa 65 and, better yet, hands-on time with the camera.

When rumors first surfaced of a 65mm Alexa, many scoffed that it was just the wishful thinking of over-imaginative bloggers. But those early rumors proved true with the stunning announcement of the Alexa 65, sporting a whopping 6.5K sensor. Of course, such a camera is aimed squarely at the upper echelon of filmmaking (and those with the deep pockets for the rental), so it shouldn't come as a surprise the ARRI recently hosted a launch event in Los Angeles at the Linwood Dunn Theater, the newest theater of the Academy of Motion Picture Arts and Sciences (yes, that Academy). And it also shouldn't be a shock that the invite-list contained members of the American Society of Cinematographers and Hollywood bigwigs that hold the purse strings our Industry's higher budget productions.

In the words of ARRI Managing Director Franz Kraus: "Following the success of the ALEXA, we wanted to build a camera for the most demanding applications in filmmaking and envisioned a true 65 mm format camera, sharing as many of the technology and imaging attributes of ALEXA as possible. The dynamic range and colorimetry are retained, but to these is added a far greater capacity for capturing fine detail. Our goal was simple – to meet and surpass the image quality of 65 mm film."

A room of experts 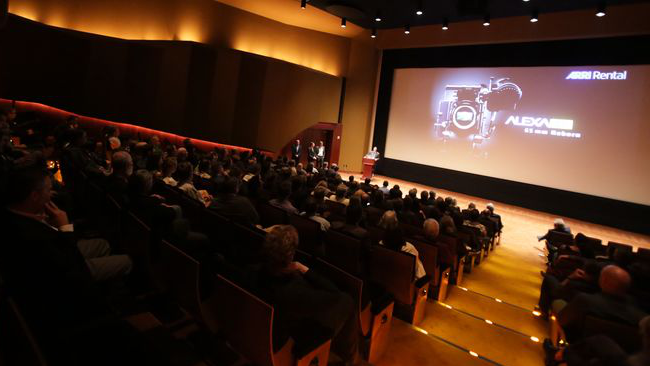 Producing an event like this is something of a gamble; there's always the chance, even with all the effort and expense a company like ARRI would pour into the development of something like the Alexa 65, that feedback would be less than generous. However, it seems that the event accomplished its goals of introducing the camera formally to the Hollywood filmmaking community and causing the salivary glands of those in attendance to go into overdrive.

ARRI showcased not only the Alexa 65, but also its series of eight Prime 65 lenses, which covers from 24mm to 300mm, and features Fujinon glass and ARRI's own proprietary Lens Data System (LDS), offering frame-accurate metadata (focus, iris, zoom) recorded in sync with image, streamlining things a bit, especially for VFX shoots. For those that want that classic cinematic look, the Vintage 765 lens range, which was designed for the old ARRIFLEX 765 65mm camera (that's a film camera, by the way) has been reworked for compatibility with the Alexa 65.

As an additional sweetner, cinematographers were given the opportunity to not only see the camera, in all its glory, but also handle the camera, capture and process footage, and analyse the uncompressed images. According to visual effects supervisor and cinematographer David Stump, ASC (VFX DP on Flightplan, X-Men, X-Men 2), "It's a breakthrough in the technology of acquisition. I have always held that for digital technology to succeed in cinema, it needed to meet or exceed the capabilities we have with film. I think we have reached that day. My toolbox is full again – I can make movies that astound the audience with this camera."

Cinematographer Denis Lenoir, ASC, AFC (Still Alice, Before the Winter Chill, Righteous Kill) noted, “Somehow with this camera, it seems to open the door to something different – a new dimension where you replace noise or grain by a clarity which is not harsh or sharp. It is not video, it is not HD. It is beyond that, so you can reach the audience. It gives a kind of surplus of truth.”

If you would like to get your hands on an Alexa 65, you need to be lucky or well-connected enough to be on ARRI's invite list for its next event. Or contact your local ARRI Rental facility for more information on the Alexa 65's availability. 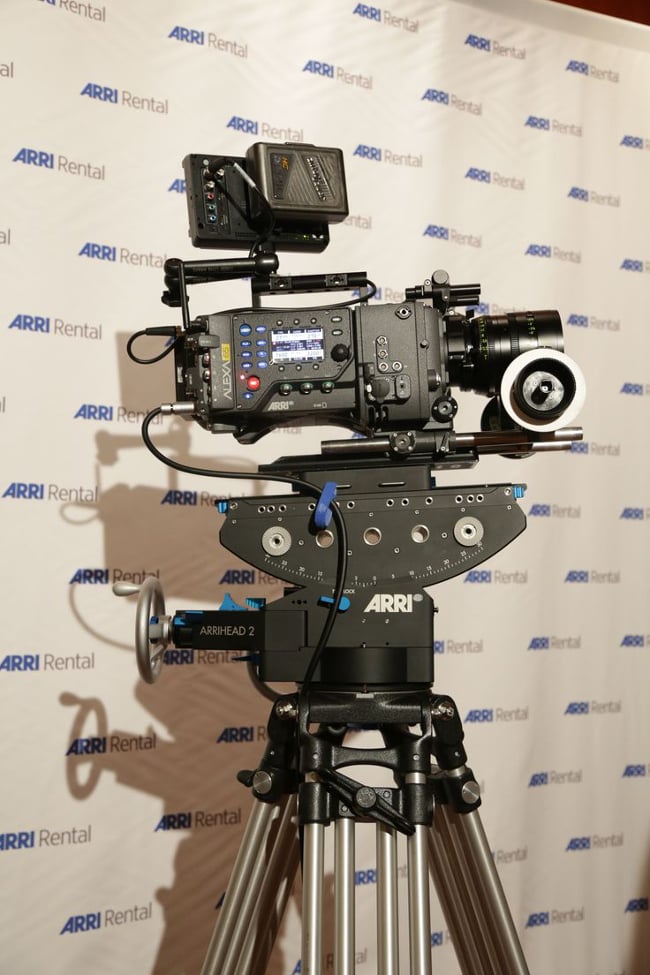