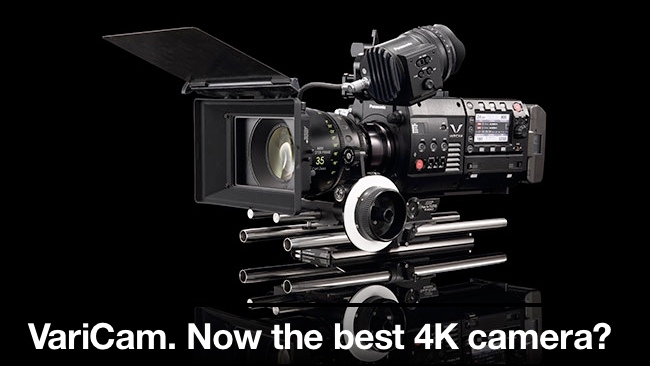 " My opinion is that for high end work it's the best 4k solution in terms of color/tone/latitude." says, Thatcher Kelley, one of the cameramen on the VariCam demo shoot

Thatcher Kelley, who was one of the camera operators that shot Panasonic's VariCam footage that we linked to the other day, thinks that the Varicam is "close to being on a par with Alexa". Just in case there was any doubt as to the extent of Panasonic's ambitions for this camera.

Kelley left a comment at the end of the article, and it's worth reading in full, because it makes comparisons with other top-end digital cinema cameras.

"I shot all the nature stuff in that reel (sans reptiles/amphibians). And I was very impressed with how it looked in-camera as well as how easy it was to get a nice image when working with the Log footage. My opinion is that for high end work it's the best 4k solution in terms of color/tone/latitude.

I'm normally a DIT and I work with some DPs who love shooting on Alexa because it looks so good out of the box. In the past year I've seen DP after DP being required to shoot 4K by distributors. Until now they've basically had the choice between Sony, RED, and Canon.

While these cameras sure aren't slouches, they all have some issues with their image that just make them harder to look good. Red has a slew of issues from OLPF to color representation to highlight tone shifts to noise in different color channels, etc. Sony looks like "video" and takes a bit of extra work to give it a more desirable look. And Canon is at 12 stops of DR and has so-so skin tone representation.

In my opinion after using the Varicam for a long trip through California I must say the dynamic range, color representation/quality is close to being on par with Alexa. And it's definitely right where (or better than) Panasonic left off with the HPX3000.

Anyhow. I'm not a rep for Panasonic of anything. I was just hired to shoot part of the reel and am thoroughly impressed with the cameras capabilities in terms of image performance."

Thanks, Thatcher, for taking the time to write this.

It looks to us like there's not a single sector of the market now where there isn't intense, credible competition.

And below is the VariCam demo reel, parts of which were shot by Thatcher.