Can you make a feature film with an iPhone? 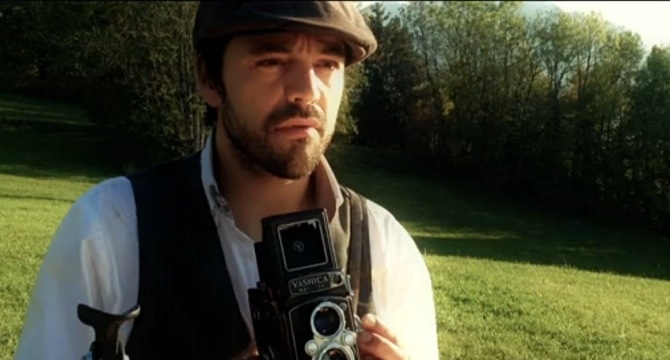 Can you make a feature film with an iPhone? Well, "yes" is the answer if you don't mind a slightly fuzzy-looking picture on a big screen, and if you sit far enough away, but you can certainly get a cinematic "look" if you use cinema-type techniques when you make your film, and some software to give your work its finishing touches.

What's more remarkable than the question that is the subject of this article itself is that fact that we're even asking it with a straight face. Just to drill-down here: we're asking whether you an make a film with a telephone.

A few years ago it would not have been any more absurd to ask whether you could make a film with a washing machine or a coffee table.

We've come a long way with phones and even more so with the imaging and processing that they contain.

Will phones ever threaten high end cinematography cameras like the Sony F65 or the Arri Alexa?

But how can we be so certain, when we live in an era when our most fundamental assumptions (like: "it's safe to put money in the bank") as overturned overnight as we sleep?

Don't forget about the analogue domain

The reason is that, ultimately, a camera is a digital device that observes analogue phenomena. We are getting very good at transitioning between the analogue and digital domains. Modern sensors and A/D converters are so good that they present almost no impediment to incoming images - as long as we allow them enough bits and high enough sampling rates to do justice to the material.

And how do we get the best possible image on a sensor?

With a big, expensive lens.

Lenses are analogue. They're not susceptible to miniaturisation, and the best ones can take months of manual skilled labour to produce.

No, we're not going to see iPhones on the film set, probably, ever.

Here's an example from french filmmaker Maël Sevestre, made with an iPhone 4s