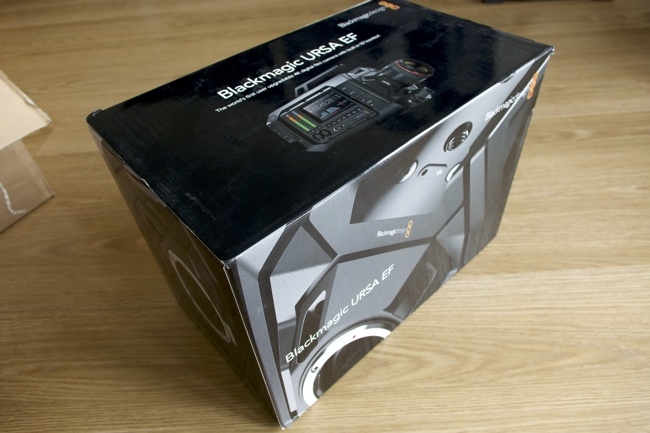 We've just taken delivery of an URSA for a review. Here are our first impressions

Our URSA has just arrived. We do think that articles about unboxing can be rather silly - can you imagine blogging the arrival of your new sofa as you tear off the bubble wrap? But they're fun, and just a little bit informative too.

This is an important camcorder in many ways. It's the size and shape of cameras that typically cost ten or twenty times as much, and yet it's about to be shipped to the top end of, if not a mass market, then a fairly massive one. It will arrive on people's doorsteps delivered by courier rather than through the more traditional process of going to your reseller and being show how to use your camera.

So, what does it look like when it arrives? It's in a big, heavy box 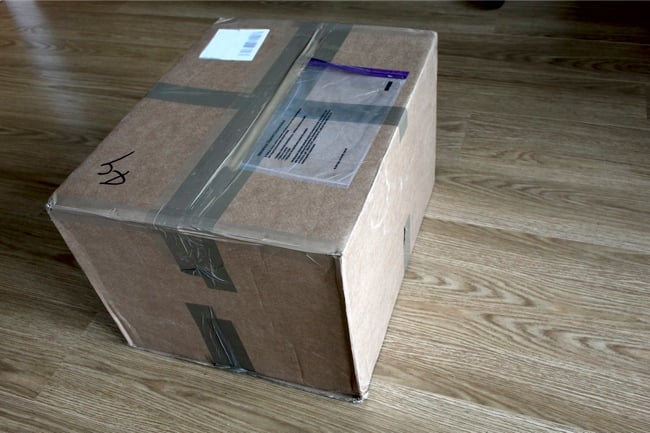 We had a very nice Zeiss prime lens sent to us with the camera - that, and the battery/Charger are taking the rest of the space in the box 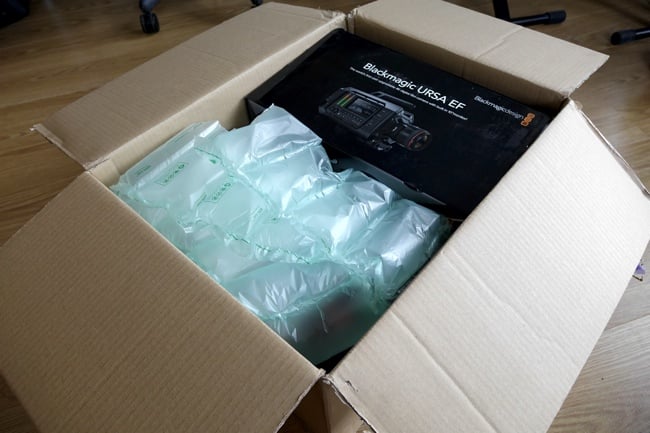 The URSA comes in the usual, high quality, well designed inner packaging. I always think that attention to detail in packaging is a good sign for the product. 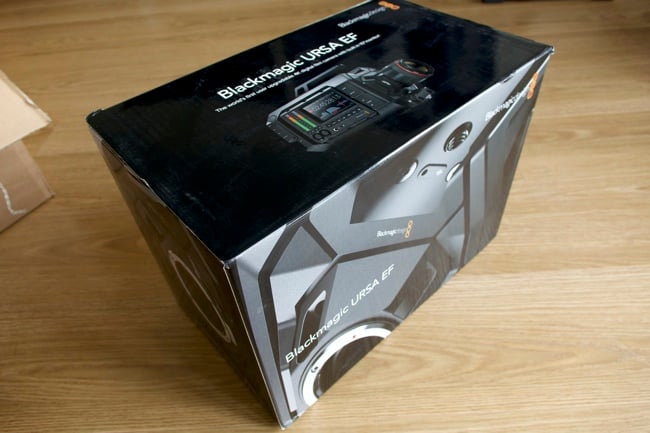 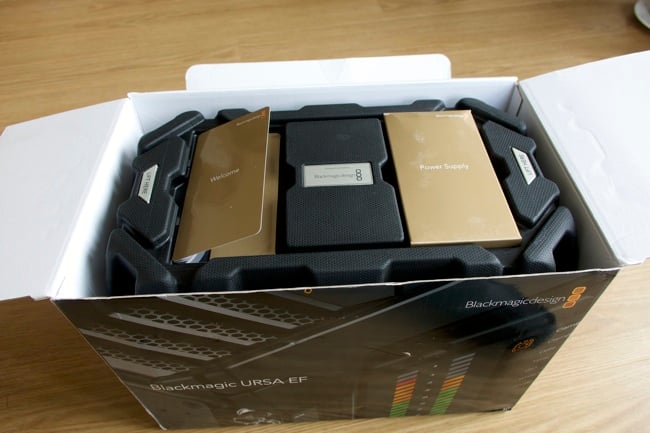 The URSA is a heavy camera. It needs to be with all the things inside it, and three - yes, three - video screens. If you don't package a mass like this properly it becomes a missile, and I have to say that I've never seen packaging like this. Forget cardboard: this is military spec, er, stuff. I'm really not sure what it is. It's kind of like a very dense rubber foam, moulded to the shape of the camera, although foam implies that it's lightweight, but it's not. You get the impression that when the camera is in this packaging, you could throw it off a building and still expect it to work. 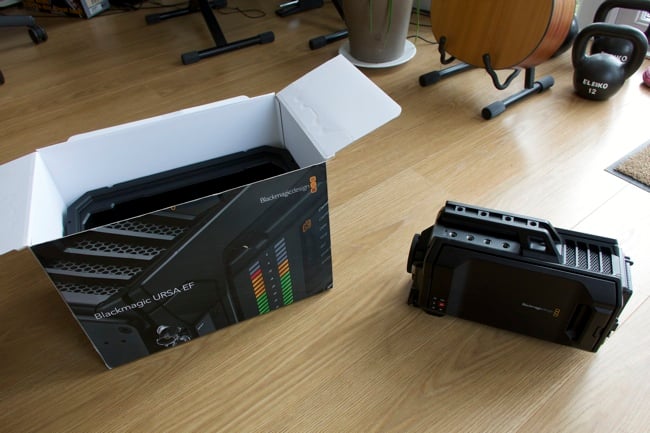 Once the camera was out of the box, it took less than thirty seconds to put the lens on and fit the battery (that includes taking them from their packaging). Boot up time seems quick, at around four seconds, and then you have a gloriously big image on the main screen. First impression (I've seen the URSA before on a tripod in an exhibition hall but close up it's much more impressive) is that this is a great new way to shoot movies. The screen makes a staggering difference. It's way sharp enough to focus with. Traditionalists might not like the idea but, honestly, what's not to like about seeing your stuff on a really big screen? 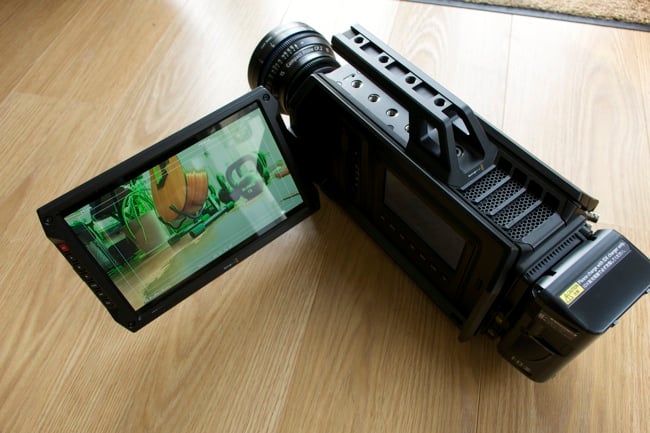 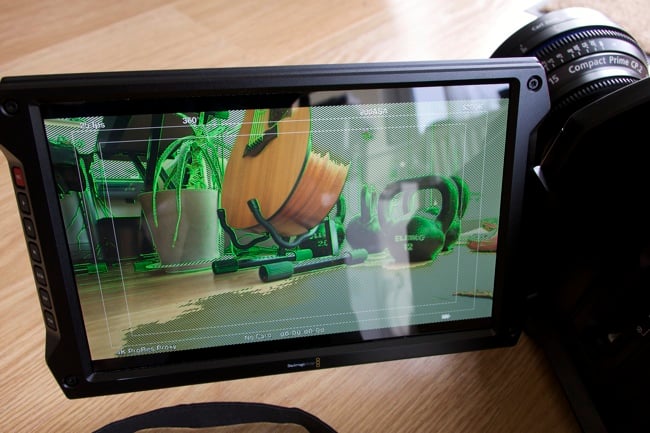 The controls are solid and responsive, as is the inner touchscreen.

This isn't a review. It's just some very early impressions. To sum up: it's an impressive camera. It's big, heavy, but somehow feels right - as it should for something that is not only a camera but a "platform": something you're going to be changing and adding to over the course of the years. It's very obviously made to last. You're not going to be shooting fly-on-the wall with this camera, but if you want something at the centre of a serious production, this does look like it will live up to the claims made on Blackmagic's website (where you can also see some much nicer pictures of it).

I can't wait to see how other people react to this camera.