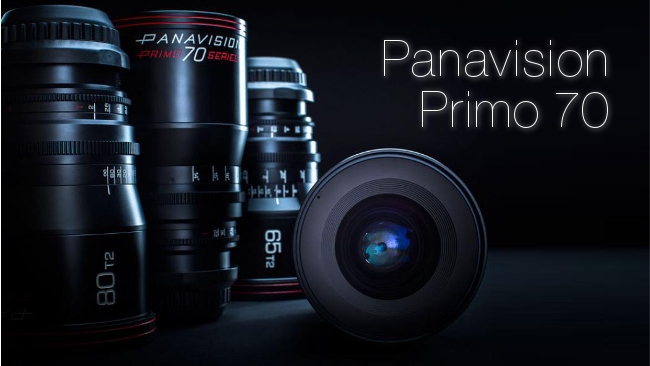 RedShark Technical Editor Phil Rhodes shares his thoughts on the new Panavision Primo 70 lenses, which cameras would benefit from the glass, and more importantly, what level of production.

There's a generation or more of people for whom the look of Panavision lenses represent big, spectacular films, whether they know it or not. This perhaps was mainly a situation provoked by the company's E-series anamorphics, which famously produce a pronounced horizontal blue flare which has become associated with anamorphic photography, even though many anamorphic lenses don't have that characteristic, or not to the same extent. Even for those of us who didn't grow up on 80s action movies (and particularly for those who worked on them), Panavision has been a watchword of upscale, particularly American filmmaking for decades, and if asked why, many people cite the quality of the lenses.

The Primo 70 lenses announced at Cameraimage in Poland this week are not quite the first manufactured by Panavision specifically for digital acquisition – the company released the Digital Primo series some time ago – although that range is built for 2/3" chips, and was presumably intended to service cameras such as F900 and F23. While that's a demanding field in itself, requiring considerably higher magnification in the projected image than film or today's large-sensor digital cameras and therefore very high performance lenses, it's increasingly a past-tense concern. While it's far from impossible to find people shooting 2/3" formats for cinematic results, large sensors, particularly including the large chips used by RED, and in special applications like Vision Research's Phantom range, are much more of the moment.

Thus, it's perhaps unsurprising to find Panavision putting out a lens range designed not only for large-sensor digital cinematography, but also designed to cover really big chips like those in the (discontinued but nonetheless extant) Phantom 65 and perhaps the upcoming Alexa 65. This has been perhaps unfairly overlooked in popular commentary: the new range doesn't just cover biggish sensors like RED's Dragon, which are somewhat larger than super35mm and may be used with some existing lenses, but it goes all the way out to cover 5-perf 65mm, which is lots bigger than super35. This is on the same order as things like Schneider's Xenon FF series and isn't something that's very common. The numbering is presumably intended to refer to the historic "Super Panavision 70" name which was used until the early 80s to refer to spherical (rather than anamorphic) 5-perf 65mm acquisition.

Flare for art thou?

If we must offer a balancing note of criticism, it is that Panavision lenses have for a while enjoyed a stellar reputation for, variously, excellent ergonomics, sharpness, and desirable artifacting, but also for being likely to flare, veil, glow, reflect, and generally overreact to even the slightest hint of direct light. It is perhaps an unfair piece of received knowledge that Panavision glass provokes a lot of flagging of light sources; it was reportedly less true of the 2/3" digital range and might be more of an ingrained memory than a current reality. It remains to be seen how well the new range behaves in this regard, particularly in the event that they are deployed on any set other than the very best-funded, where there might not be a lot of people standing around ready to erect flags. Even in the worst case, though, this isn't necessarily a criticism: People build filters to replicate the typically E-series anamorphic flare, Cooke deliberately make lenses produce a golden glow, and there are constant complaints that digital cameras need lenses with personality.

The likelihood is that the new range won't be a problem solver for low-budget filmmakers with DSLRs that require lenses with a lot of coverage anyway. Panavision is, perhaps more than any company, unashamedly oriented toward the high end. The company operates on a rental model and practically never sells anything, putting the provenance of occasional Panavision-branded equipment that pops up on eBay in some doubt. Panavision's lenses use Panavision's mount designs (the Panavision 70 mount in this case), which are (almost) exclusively fitted to cameras purchased by the company for its rental fleet. This means that the Primo 70 lenses will be of largely academic interest to anyone outside, let's say, the most rarefied parts of filmmaking, even if they weren't specifically intended for shooting formats most typically deployed on upscale event movies.

Panavision is currently listing specifications for twelve focal lengths between 24 and 250mm, as well as wide, medium and telephoto zooms, with T2.0 on the primes up to 150mm and 2.8 thereafter, and 3.0, 3.5 and 4.5 on the zooms. All except the long zoom have consistent 4.44" front-element diameters.