The Sony A7S has an extraordinary dynamic range 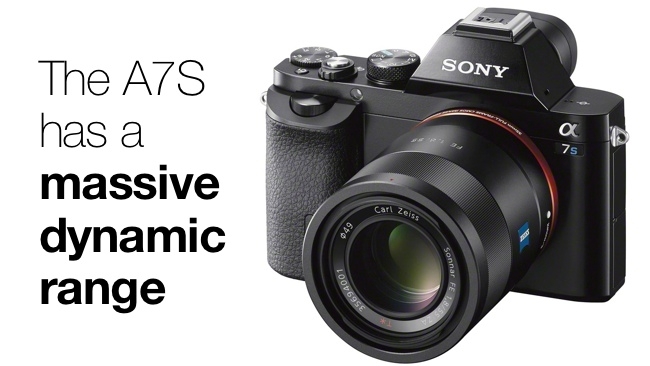 Sony's A7S has a low noise floor which helps it to achieve Sony's claimed 15.3 stops (at least with still shots - and it's not far from that with video). But what does this look like?

We've known for some time that the Sony Alpha 7S has a very wide dynamic range. This is not unexpected when you realise that the raison d'être of the camera is to work stupendously well in very low light. Since hitting the noise floor is what normally dictates the limit of detail in a low light situation you would expect a camera that performs well in near darkness to also exhibit a high dynamic range - because the noise will be very low indeed.

Cinema 5D drew our attention to this first in July, when their tests suggested that the camera has a similar dynamic range to an ARRI Amira, a documentary-style camera that has same luscious sensor the near-legendary ARRI Alexa.

We've been talking a lot about High Dynamic Range recently. HDR video is poised to become the next Big Thing, because HDR works as well on small screens, at any pixel resolution, as it does on big displays, and Dolby, with its Dolby Vision technology, has a credible means to bring it to the home and the cinema.

But what are the benefits of HDR, and what do HDR pictures look like?

There's potential for confusion here, because you can't show HDR in either print or on a display: not one that isn't specially built for it, anyway.

So, up to now, when people think of HDR, they imagine those strange-looking pictures that have taken as their source multiple shots at different exposures. These differently exposed shots are then composited and tone-mapped to reduce the dynamic range to the capabilities of the target display device (or printer) without throwing away the details.

The result can be attractive or ludicrous; it all depends on the context. Often, they look like they've been lifted from a computer game.

Coming back to the A7S: in still mode, according to Sony, it has a dynamic range of 15.3 stops, which is quite incredible for a camera at this price.

What does a picture with all that dynamic range look like?

William Brawley of imaging-resource.com has taken some pictures with an A7S and, using raw images, has brought out the detail in the light and dark regions of the contrast range.

This is one of the best illustrations of the benefits of dynamic range that we've seen. 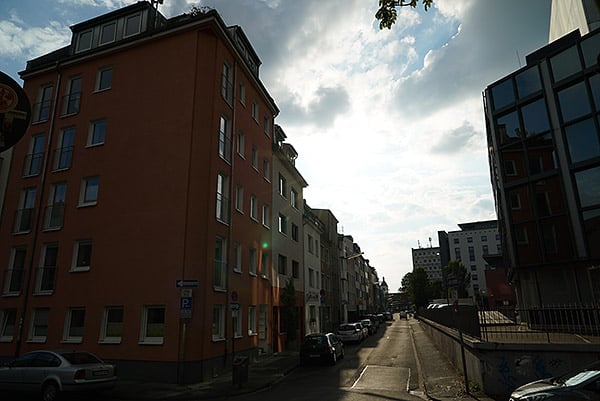 You can see in this original, all the classic issues with a limited dynamic range. The sky is too bright and the buildings are too dark. There's no happy medium here.

But in raw, the detail is there: you just have to have the nerve to retrieve it. 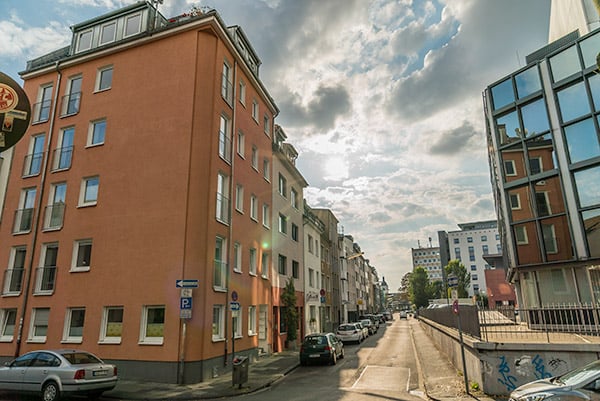 This second shot shows what an extraordinary amount of detail the camera was able to capture at both ends of the scale. So much, in fact, that it suffers from the typical HDR issue of not looking particularly real. This is an extreme case though. Remember, to get this type of HDR shot with a "normal" camera, you'd need to take tree or five shots at a range of exposures.

On an HDR display, the sky would still look very bright, but you would see the clouds, with the subtle textures and colour, and the buildings, while much darker, would still have easily discernable details.

This is just one illustration of why HDR video is going to be such a good idea. We already have most of what we need in place and we can start making HDR video now, for the future, when we can all watch it.