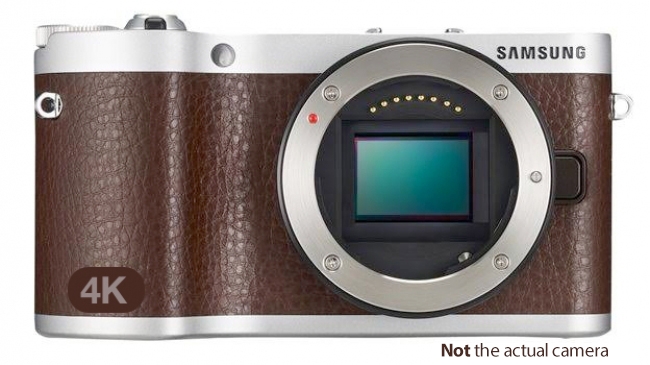 In the run-up to IBC and Photokina, the rumor mill has gone into overdrive with the shocking news of a Samsung 4K mirrorless camera with a whopping 28 megapixel ISOCELL sensor!

[Editor's Note: Again, the following is a RUMOR and should, for the moment, be regarded as such. We're including this in our coverage because it is significant that Samsung may bemoving into 4K in their cameras (as opposed to smartphones) and, speaking of which, it's fascinating that they may be using actual smartphone technology in their bigger, non-phone, cameras]

As we approach IBC and Photokina, the speculation on new camera announcements is reaching a fever pitch, especially Canon's long-awaited successor to the 7D. But, if a recent rumor proves true, another company may steal the thunder of Canon and all the rest of the camera makers and their new 4K entrants.

It's no rumor that Samsung is planning an event at this year's Photokina for the next iteration of its NX line of mirrorless cameras... 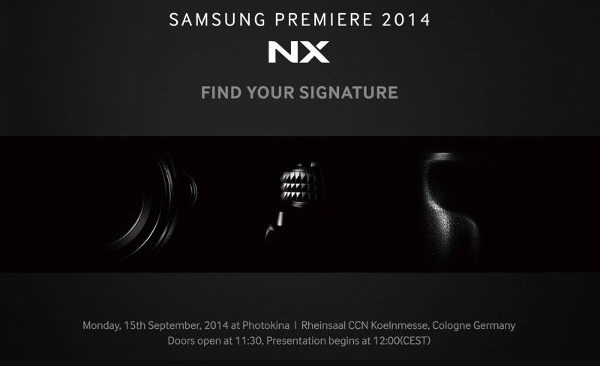 ...but rumored specs for what has been dubbed the 'NX1' have been gathering for months now, and, according to camera speculation site Photo Rumors, the (possibly) upcoming camera will boast 4K (3840 x 2160) video recording at 24 and 30 frames from its huge 28 megapixel sensor.

This is huge. And here's a run-down of all the possible specs from Photo Rumors and similar site The Next Camera:

Of course, as is the case with any advance specs, the possible Samsung NX1 spec list raises just as many questions as it answers. Will it run on Tizen, Samsung's homegrown operating system, or some fork of Android? What's the native ISO? For video recording, will it line skip or fully read the huge 28 megapixel sensor and down-convert on the fly (unlikely)? Will it record 4K internally, or will it need an external recorder like the Sony A7S does? What's the dynamic range and low light sensitivity? Oh, and what's it like to actually hold and use it? (we almost forgot that one.)

One thing we do know is that ISOCELL, purported as the NX1's sensor tech, is actually already in use in the Samsung Galaxy S5 (which features 4K recording) and Lenovo Vibe Z2 Pro smartphones, and will likely find its way into Samsung's soon-to-be released Note 4. ISOCELL sensor technology was first developed by Samsung back in 2013 and differentiates itself from existing sensors by isolating each pixel with its own barrier. This design aims to reduce cross-talk between pixels, leading to increased light sensitivity and color absorption, and reduced noise.

It's interesting that Samsung is essentially using smartphone technology and re-purposing it to fit a prosumer product. Smartphone cameras have been bridging the performance gap with dedicated cameras for years, and while there will always be a camera market for pros and enthusiasts, the movement of technology from consumer to professional devices is a trend that's likely to continue, blurring the lines between the two.

RedShark will be at Photokina, so if there is a Samsung NX1 there, we'll report on it, if only to debunk the rumor. But if the rumor holds true, and the camera performs as well in the field as it does on paper, then other camera makers should be worried that Samsung is starting to take this market more seriously.

In the meantime , here's a video primer on the ISOCELL technology, courtesy of Samsung: