The strangest country on Earth caught on video 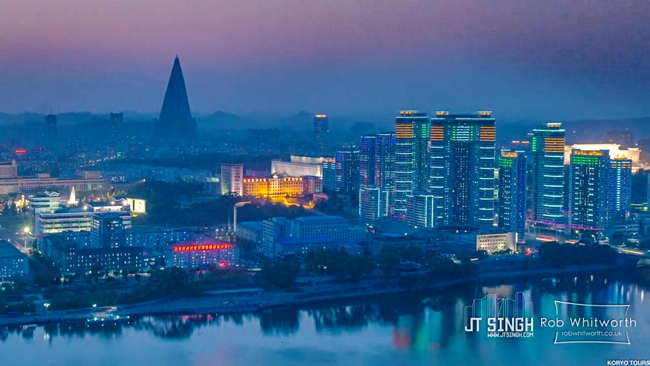 Whichever way you measure it, North Korea is a strange place. It's just about the word's last hardline communist state, and yet it borders South Korea, one of the world's most prosperous and technology-savvy countries. Don't be misled by the apparent normality of this. Pyongyang is more like a film set than a real, bustling and cosmopolitan capital city

North Korea is a place that most people only know about second or third hand. It's just about the most secretive and - probably - paranoid state on this small planet.

And its people pay the price for this. Cut off from the rest of the world for over half a century, they have missed out on so many social and technological (not to say political) revolutions that they seem to us like unwitting, unknowing actors on a state-wide stage. It's like the Truman Show, applied to a whole country.

It's quite rare to see any footage emerge from this enigmatic country. If you want to have a glimpse of what life was like there read Nothing To Envy: Real Lives In North Korea by Barbara Demick, who has interviewed a number of defectors to South Korea and has told their stories in an involving, gripping, shocking account of life (and death) in this weird, anachronistic land

What you can virtually guarantee about any video or film footage emerging from the Northern part of the Korean peninsula is that it will have been closely controlled by the government. You can't just travel around the country pointing your lens wherever you like.

But, even though we know from the start that the makers of the following film were scrutinised every second by agents of the North Korean government, it is still startling to see.

Remember that Pyongyang, the Capital, is essentially a government showcase. So while it looks a fairly colourful and lively place in the video (although strangely uncrowded) it's best not to take it as representative of the rest of the country.

There are some things in this film which are memorable. There's the scene where a camera goes down a very long escalator to the surprisingly ornate underground (where the trains look like they're about fifty years old, and most probably are), and then there's the look on the faces of the people moving around their city. They look like anyone else, anywhere on the planet. Except that they're not: they're in North Korea.

The film uses time lapse and slow motion, and gives a cleverly immersive view of this, one of the strangest places on earth.

Thanks to The Verge for bringing this to our attention