A new rig for the BMPCC keeps a compact camera compact 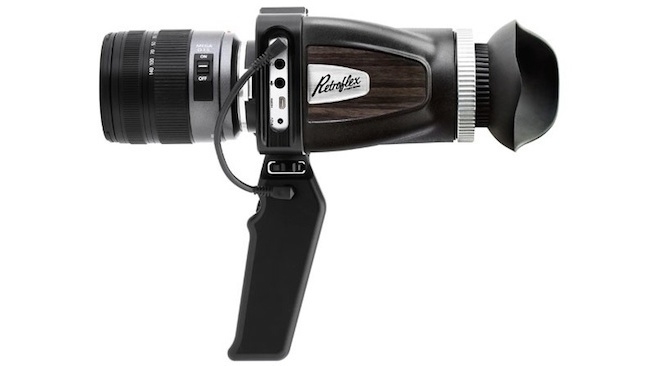 There are a number of rigging systems out there for small form-factor cameras from any number of companies both big and boutique, but Red Rock Micro’s cool approach to creating a unique, compact rig for a compact camera is utterly genius.

The focus of most of the existing camera mounts and rigs tend towards taking a very small camera, such as the Black Magic Pocket Cinema Camera, and transforming the setup into some form of full on shoulder-mounted camera system. This means you’re taking a camera that’s small enough to fit in your cargo pants and converting it into something more suited to a cargo hold.

Red Rock Micro’s newest rig, the retroFlex, does something very different. Building upon the practical, and very fashionable, designs of small super 8mm cameras of the past, the new retroFlex rig adds the weight, functionality and flexibility a small camera like the BMPCC needs in order to be used in a professional setting.

When working with such a small camera, the first issue I typically run into is getting the camera to hold steady. Many of these cameras are built in the style traditionally reserved for compact SLR or point and shoot cameras. This form factor works great when you’re taking casual stills, but can a huge headache when you’re shooting. I’m not saying it’s impossible to hold a camera like the BMPCC steady without additional rigging, but I find you’re less likely to end up with those ugly “micro-shakes” that are a result of the lens’s weight pulling down on the wider, lighter body of the camera.

By adding the camera cage they add some much needed back weight to the body of the camera. Most cages currently available for the BMPCC are large and add significant bulk and weight. This is great, but many of them prevent you from using lens adapters since the cage tends to encompass the area surrounding the MFT lens mount. The Red Rock cage appears to be more streamlined and open in the front. I haven’t held a finished model in my hand so I’m interested in seeing how much weight it does in fact add.

The loupe-style view-finder is a great idea for a couple of reasons. It’s no secret that using an on camera LCD screen is difficult at best when you need to pull focus or judge exposure. Adding electronic view-finders (EVFs) to a camera isn’t always a cheap prospect, it adds a lot of weight and, most concerning when you’re out in a run-and-gun situation, the additional stress of requiring separate batteries, which often die faster than the camera battery. A camera with a great little LCD screen such as the Pocket shouldn’t require extra hardware, and the loupe solves this problem. The loupe also acts as a great contact point for the operator, helping them steady the camera during the hand-held shooting style the rig is designed for.

What really makes the rig stand out is the classic-style pistol grip. It not only brings back memories of hand-held super 8mm and 16mm cameras but, much like the Digital Bolex, provides expanded functionality with a functioning recording trigger.

One of the form factor complaints I’ve had about the BMPCC has been with the placement of the record start/stop button. If you hold the camera akin to a point-and-shoot, the button feels naturally placed, but after slapping the camera on a rig, it feels horribly out of the way and typically introduces a dipping motion to the camera when you depress it. By using the LANC control available on the camera, the retroFlex had added a start/stop record button to the trigger. No more having to let go of the rig, thus unbalancing the camera; just tap the start/stop button which will result in fewer wobbly frames at the start of each take. In this writer’s opinion, this seemingly simple addition is a great way to integrate the classic aesthetic with functionality.

It is this integration of aesthetic and functionality that really excites me about a rig like the retroFlex. Cameras such as the BMPCC were designed with a compact form factor in mind so it’s interesting to see a rigging/mount system constructed in the same vein. The idea of keeping a compact camera setup, well, compact, seems obvious, but until now I haven’t seen a serious solution that didn’t involve greatly reducing the camera’s portability. The retroFlex is a bold attempt at updating a “vintage,” yet very practical design.

Currently the retroFlex is available for preorder for $495 and is only planned to be available for the Black Magic Pocket Camera. But, according to the RedRock Micro site, they are planning on constructing similar models for other compact cameras in the future.

A pistol grip for a shotgun wedding? 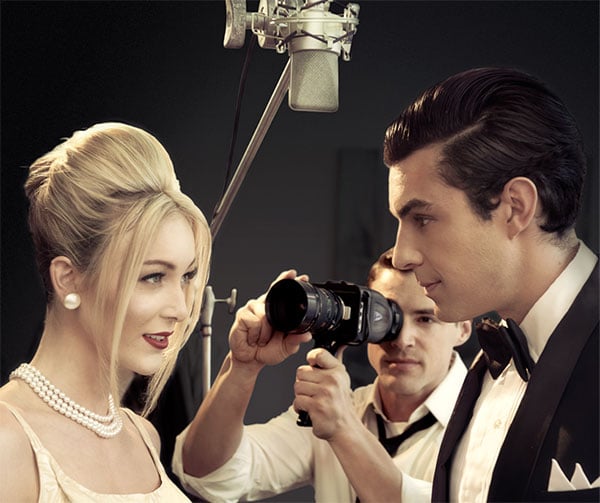