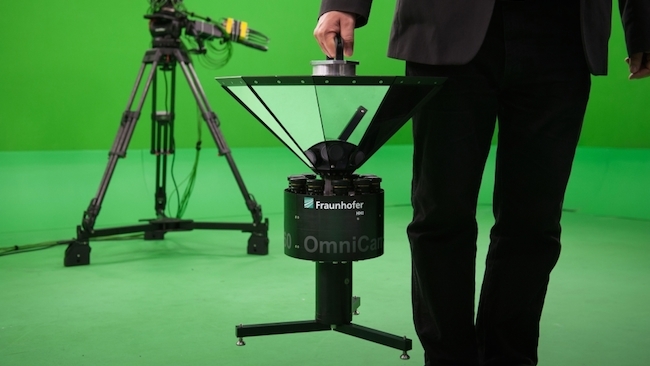 The 4K broadcasts from the latter stages of the World Cup in Brazil might have grabbed all the headlines, but Japan’s NHK also oversaw the capture of nine — yes, nine — matches in 8K, while the Final was also captured in 360° panoramic video too.

Everything fed into three dedicated trucks, one for producing the OB, one handling the 22.2 audio and the final one handling transmission. In common with previous 8K workflows, the video production truck output sixteen HD-SDI signals which were embedded with the 24 channel of AES audio and then the whole was sent to eight HD encoders and converted to 35Mbps transport streams.

Yes, the operative word there is streams. The uncompressed 8K signal used for various demos around Rio gobbled up an impressive 280Mbps, while the signals were also broadcast live to Japan via IP on dedicated circuits.

Interestingly, reading some of the interviews with the people involved, 8K is in danger of starting to lose the out and out wow factor, certainly for those who’ve seen it before. Those viewers are now starting to look for the additional camera angles and close-up shots associated with current HD broadcasts, two things — along with lensing and 5.1 fold down — that remain very much an issue for 8K productions.

The Final was also captured using the Ultra HD OmniCam developed by scientists at the Fraunhofer Heinrich Hertz Institute in Berlin. It’s a neat piece of kit, a 15kg mirror-based multi-camera rig situated on the halfway line for this event that enables 180° or 360° panoramic video to be shot at a resolution of 2000 x 10,000 pixels. 10 digital cameras use ten 36 degree mirror segments to deliver single segments which are stitched together in a realtime processor to generate a parallax-free, high quality video panorama.

There’s a bit of future-proofing going on here, the resulting panoramic film scheduled to be one of the central attractions at the planned FIFA World Football Museum in Zurich. What’s more it will “soon be coming as second screen apps to tablets, smartphones or laptops. Users will have the opportunity to navigate through the stadium and thus become their own camera operators,” says an official statement.