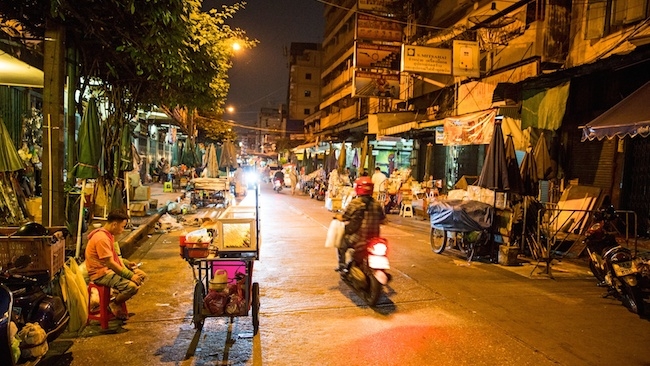 The five-programme series, Asia From Above, will be screened on European cultural television channel Arte before the end of the year. And what’s fairly astonishing about the whole thing is that it’s an incredibly small and inexpensive unit to be being used exclusively in the creation of network programming.

Part of the reason for the choice though was that Story House wanted a backpacker feel to the series and was planning to travel round the region via public transport throughout filming.

Christian Schidlowski of Story House directed the first two programmes set in Vietnam and Cambodia, and to ensure consistency, workshops were held with the two other directors, and DoP André Götzmann was present across all five shoots. The majority of filming was done handheld, and the team used the Pocket Cinema Camera’s film mode in order to access the camera’s full dynamic range. 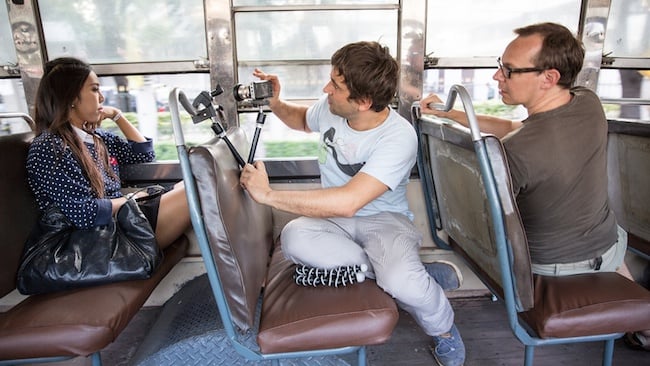 Götzmann was extremely impressed by the image quality that could be achieved by a camera with such a compact form factor. “The Pocket Cinema Camera’s size was incredibly important in allowing us to film very natural scenes,” he says. “The smaller the camera, the faster people forgot its presence, which enabled me to stay in eye contact with the protagonists and get physically close to people without disturbing them. I picked up the camera in the morning and didn’t put it down until evening; it became my constant companion. I captured so many little spontaneous things along the road, in a way I’ve never been able to before. The camera let me literally soak into the country.

“Whatever we shot with had to be capable of producing both stunning landscape shots, for example, shooting wide angle to demonstrate the idyllic beaches across the region, but also needed to give us stunning detail in the close up portrait shots that we used when interviewing local people. As we were traveling with such a small crew, our lighting options were extremely limited, but we knew that wherever we were shooting, we would always capture great looking images with the Pocket Cinema Camera.”

The series has been finished using DaVinci Resolve, and Schidlowski is extremely pleased with the rich colour scale that the Pocket Cinema Camera captured. “It was incredibly simple to import the footage into a timeline and apply an overall grade to each of the films to make the vivid colours of the region really pop out. We knew from the start that the camera would be the right choice for our objectives, and this remains the case, now that post production is completed.”