As consumer features migrate up to pro cameras, is Consumer the new Professional? 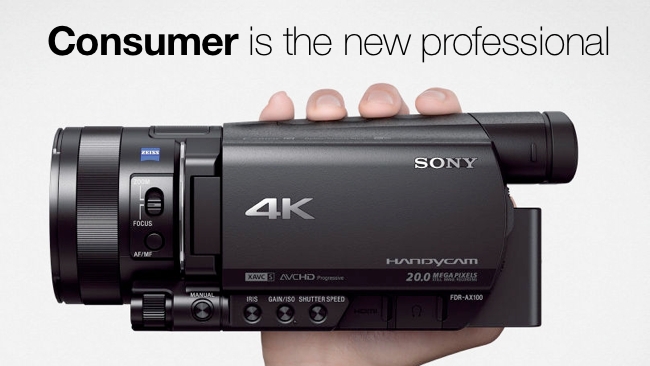 Consumer is the new professional

RedShark Replay: Are consumer products more advanced than professional ones?

It used to be very obvious that professional products were more advanced than consumer ones. Look at Formula One racing, for example: there's probably not a nut or bolt or byte of software on those cars that's as mundane as anything on a consumer vehicle. And it seems entirely reasonable that these cutting-edge developments that are tested under the harshest and most competitive of conditions will trickle down to "ordinary" cars. First, perhaps, at the top end (sports and luxury cars) and then - sometimes surprisingly quickly, into everyday cars that are driven by people who are not necessarily wealthy.

It's such a natural progression that it's hard to see how it could ever change. But it has. We're starting to see the reverse happen. Consumer devices are setting the pace and redefining what we mean by "professional"

It happens in two ways: actual and virtual. What do I mean by this?

It's happening in the real world

We've just seen an example of it happening in the real world. Sony's consumer 4K camcorder, the AX100 comes with a very good sensor (Sony's Exmor "1-type" - which seems to be a reference to the fact that it's one inch across) and a very powerful processor which can handle 4K or which can downscale a 5K (20 megapixel) image to HD in real time. (This is what happens with Sony's RX10 camera).

Both of these elements (the sensor and the processor) are perfect for the professional version of the camera that has just been (sort of) announced by Sony. There is nothing about these parts that holds the performance back in any way compared to what you might expect to find on a professional device. What Sony is doing here is taking the technology of the consumer camera and repackaging it with better audio and codecs (and perhaps some other stuff that hasn't been announced yet) and marketing it as a professional device.

In our view, there's nothing shoddy or cheap about this approach. It just happens that consumer technology has become so good that there is no reason why is shouldn't be used as the basis for a professional device. The quality of the picture at this price point is now so good in a consumer device that there is no reason why it shouldn't be used by professionals, who will benefit from a better code and a nicer way to handle audio.

This is good for professionals because it keeps the price down and the development cycles shorter.

Ever since the iPhone came out in 2007, there's another way in which professional products are based on consumer technology.

Smartphone and tablet devices are now so powerful and so capable that they're way beyond what a lot of professionals need in a basic computing platform. This opens the door to professional app writers to create programs that do very specific "professional" tasks that run on generic consumer platforms.

One example of this is the Mackie mixer which is fully controllable from a consumer device: an iPad. The functionality of the Mackie iPad app has nothing to do with whether the device it is running on is "consumer" or "professional" any more than when you shoot a documentary the pavement you're walking on is "professional": it simply ceases to have any meaning in that context. 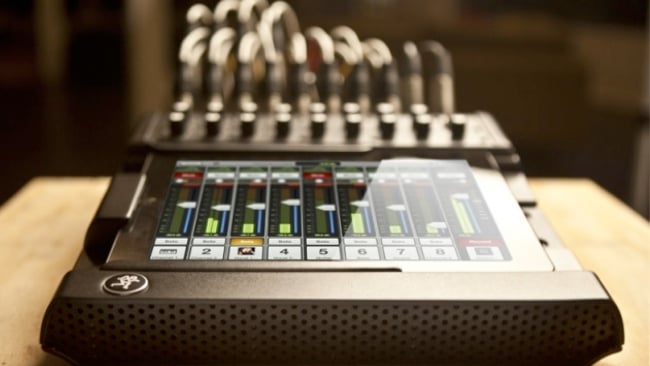 Mackie mixer that's controlled remotely from an iPad, which also "docks" with the device to become an integral part of the mixer.

It's not an absolute thing, either. Professionals have been using consumer DSLRs to make videos for a long time now. But I think the trend is established. And it's easy to see why.

There is so much money avaialble from the likes of Samsung and (especially) Apple to develop new technology that products that sell in bigger numbers are going to have more R&D available to them. There will still be a very high end occupied by the likes of Sony's F65 and ARRI's Alexa, but these are ten times what mainstream professionals need tp pay for something that still does a very good job in the eye of the consumer. Budgets have to be appropriate for you to need to use these types of cameras, and if they are, they still do a superlative job.

In the past, the extra R&D needed to produce professional products was either amortised as the high-end features were brought into consumer models or, by making them more competitive, brought in the extra money that trickled up to fund the high end research again. And of course professional products are more expensive. But what's changed now is that - except in very rarified quarters - the price gap isn't as much as it used to be - because it doesn't need to be.

Now, if a company like Apple senses that a new product is going to sell in millions, that's where the money goes. And it does take a lot of money to develop a new chip or sensor or a new operating system. In fact, why would anyone want to develop a new OS just for a new type of scientific instrument or camera when something like Android will do a brilliant job?

This is not just a one-time change in the state of affairs. As technology is evolving, so is the relationship between professional and consumer products. Consumer expectations are going up while the practicalities of making a film on a nearly zero budget are pushing professionals towards mass-produced products.

None of this is bad! It's a kind of technological dividend that we're receiving because some things that used to be really expensive (like small, wireless, portable computers) are almost free.

And because consumer devices are now just so good, what it means to be a "professional" might need to be redefined, without a strong reference to the cost of the the equipment you need to get the job done!