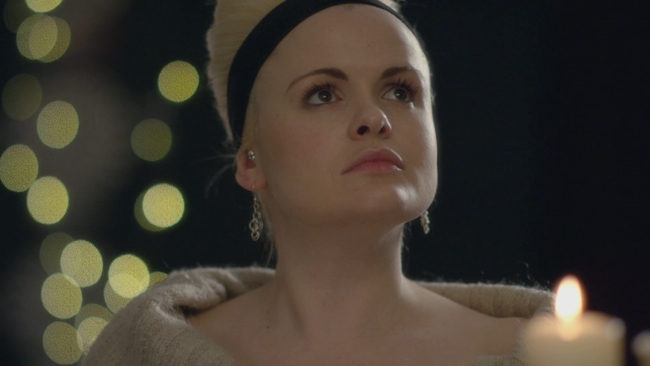 An elegantly arranged test between some well known digital cameras and an analogue one!

We've seen plenty of shootouts between various cameras (but almost always including a 5D!). But we didn't think we were going to see this: a comparison between a 5D Mk III with Magic Lantern Raw, a RED Dragon, and an Arri ST using Kodak 35mm Vision3 200T film.

We always have reservations about showing camera comparisons on YouTube or Vimeo, because compression can completely change the nature of exactly the thing you want to compare, but it's interesting nevertheless. You can get an approximate feeling for dynamic range, and - this fascinated us - you an see the type of bokeh you get wtih different lenses and filters.

This is a nicely made piece and is well worth watching.

Here's what Dale McCready had to say about his piece:

A comparative test of various lenses and cameras for Atlantis Season 2 at Take2 Film in London.
Sitting in is Actress Katherine Beresford. 2nd AC Alex Parish.

Our main format to shoot is 35mm film but it's interesting to compare the other formats out there at the moment. I know the Alexa well so didn't need to test it but I wanted to look at how the smaller cameras would hold up and so tested my 5Dmk3 in Magic Lantern raw mode and also I was able to get the Red Dragon in also.

This isn't a precise test of latitude or fidelity, but a real world test of matching cameras to each other. The 35mm Kodak Vision3 200T film was shot on an Arri ST camera, processed and then scanned on a spirit before being imported into the Baselight system at Prime Focus in Soho, London. There Kevin Horsewood and I looked at getting a standard grade on the film. The Red R3Ds and CinemaDNG files from the 5Dmk3 were loaded straight into the Baselight and debayered from raw files as we graded. The .R3Ds were 6K and debayered using RedLogFilm.

Lenses used were Cooke S4s and Cooke S4minis on the PL mount cameras.
Canon 40mm Pancake and Lomography/Zenit Petzval 85mm lenses were EF mounted lenses for use on the 5D.
Due to the differing sensor sizes the lenses weren't perfect matches in field of view.

Filters tested were Schneider Classic Softs, Tiffen Black Diffusion FX, SoftFX and Black ProMists.
In testing the filters I was looking at skin detail, halo (candle glow) and filter patterning showing up in the bokeh.

Music used without permission is by Nils Frahm from his excellent "Spaces" album. Happy to take that down if anyone is worried about it. But this video is non-profit, for my own interest primarily.

Thanks to Planet 5D for bringing this to our attention.