What it's really like reporting from a war zone 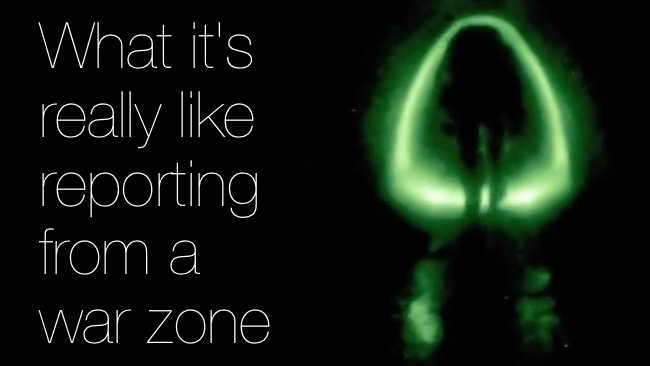 What it's really like reporting from a war zone

The BBC College of journalism has a series of videos about reporting and news shooting. This one shows just how tough it can get

We spend a lot of time here talking about sensor resolution, lenses, grading/colour correction, and all the minutiae of film making. But this is not the stuff that's foremost in your mind when you're in a war zone, where you priorities will be very different.

Your primary objective will be to not get killed or injured, but your ability to achieve this will be compromised by having to get to where the action is.

And as you do this, you might pass local people fleeing, telling of atrocities, in exactly the direction you're headed.

Thanks to the BBC, we can watch BBC Middle East Correspondent Paul Wood talking about his mission in 2012 to the troubled Syrian city of Homs.

It's fascinating - and horrifying - to hear about his mission there, and, interspersed with interviews with eye witnesses of acts of horrible violence, we hear how he and his team took even more risks to send their reports back to London.

Warning: This video contains spoken reports of violence which you may find disturbing