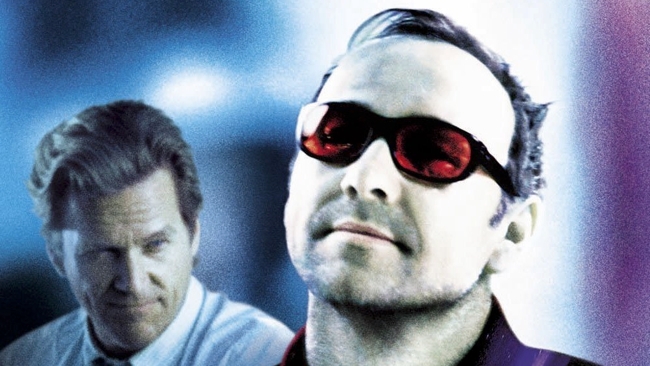 We do have a penchant at RedShark for showing film clips and trailers with a lot of CGI and special effects. And that's because we love technology, and because they're just really cool to look at.

But here's a worthy exception. There are very few special effects in this film, which is simply a good film, purely because of a great story, wonderful acting, and lovely cinematography.

And not a digital camera in sight.

Kevin Spacey, an actor whose place of work, the Young Vic in London, I pass every time I go to RedShark's office, plays Prot, a visitor from the planet K-Pax.

His weird behavior sees him detained in a mental health facility, where his claims to have come from a planet 100 light years from Earth intrigue and confuse the inmates, while implanting fundamental doubts in his carers and doctors.

It's a wonderful film that completely draws you in. Not because of the car chases (there aren't any), the gunfights (none of those either) or alien weaponry (nope!), but because of the warmth and depth of the characters, and Prot's intriguing plausibility.

The end of the film leaves you wondering: "what just happened there"?  You have to keep coming back to it to see if you missed something. But you didn't.

Perhaps I like this film so much because, like life itself, it leaves you in an enduring state of puzzlement, and hope.

Please do yourself a favor and see this film!