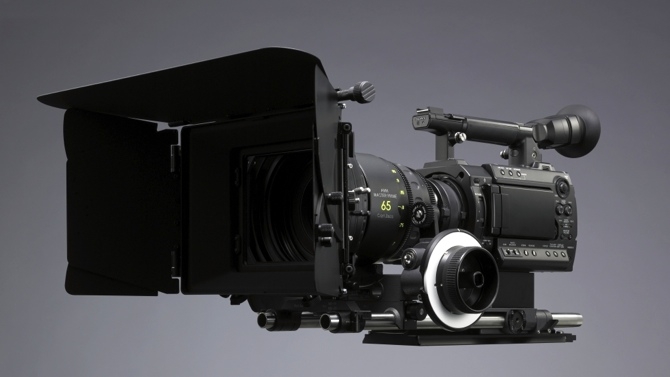 Many users or potential buyers of Sony’s PMW-F3 Super35 sensor camera have expressed some confusion over the implementation of S-Log gamma in the recently-released version 1.4 firmware of the camera. A niche subject but a very popular camcorder. Ned Soltz investigates.

Sony initially released the PMW-F3 with an optional CBK-RGB101 unlocking key ($4400) on a 32gb SxS-1 card. When enabled, the CBK-RGB101 unlocked several features in the F3. The first of these is the ability to output a dual-link or 3G RGB 4:4:4 signal via the A and B SDI ports. The second of these was enabling S-Log recording. The S-log signal - which allows for a much "flatter" image that is more flexible in post production grading - could be output via the A and B SDI ports, the standard SDI port or HDMI. Additionally, S-Log could be recorded to internal camera media. The S-Log unlock also included several pre-created LUT’s for viewing Rec 709 footage. A pure S-Log signal could be recorded via the A/B SDI ports, while a menu selection could enable LUT-ed output via either SDI or HDMI.

Sony reduced the price of the CBK-RGB101 for US users to $899 and then in June included the S-Log feature in all PMW-F3 cameras, redesignating the model as PMW-F3RGB.

Firmware version 1.3 added exposure index (EI) adjustments to the LUT. These would not affect the recorded image via A/B SDI, but effectively just moves the camera’s 12-stop range in S-Log either up or down depending upon the ISO value selected.

In S-Log mode, picture profiles could not be selected or modified. And white balance could be set only for 3200K or 5600K.

In late May 2012, Sony released version 1.4 of the F3 firmware which enabled S-Log gamma within a picture profile along with full control of the camera including custom white balance settings.

Under version 1.4, an operator has the choice of 4:4:4 or 4:2:2 S-Log from the A/B SDI ports just as under prior versions with the same limitations. Or the operator may load or modify a picture profile in which the gamma is set to S-Log as opposed to one of Sony’s 4 CineGammas or video gammas. All functions are available including modification of picture profiles with S-Log gamma, ATW white balance or custom white balance.

A 4:2:2 or 4:4:4 signal may still be output via the A/B SDI ports or the standard SDI or HDMI port. LUTs may still be applied as before.

The camera still requires the CBK-101 to unlock dual link and 3G output. But the addition of the S-Log gamma in firmware version 1.4 allows greater versatility for camera adjustments, particularly in less-controlled lighting situations where the lighting will not be pure 3200K or 5600K.

Sony has indicated that another firmware update is in the works with no indication yet either of release date or new features.