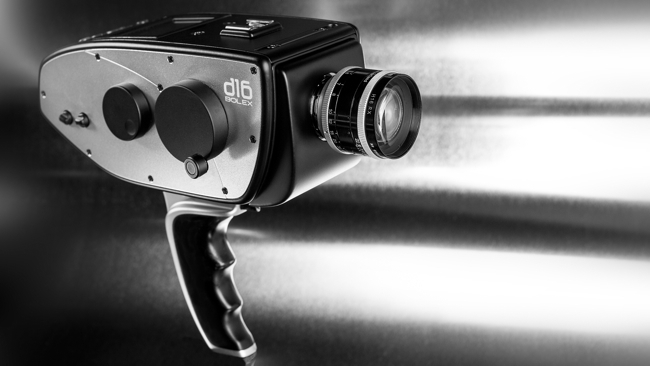 How does the Digital Bolex D16 perform in low light? Peter Haas finds out for RedShark

The footage from our first day out with Digital Bolex's D16 brought the camera out into some rough shooting environments with a number of the shots being pushed after some harsh aperture splits (watch the footage and read the article here).

I wanted to see how the D16 acted under some more structured low light conditions. I ran two tests, and transcoded the picture straight out of the camera, no grading or corrections applied. The idea here was to get a sense of how the D16 treated shadows.
The first low-light experiment I conducted was to see how the camera would handle under extreme low-light conditions. I used one and two candles and placed some objects at 6" and 3" way from the light source. A few times I stood about 12" away from the candle, which demonstrates the camera's ability to pick up one or two foot-candles of light (literally depending on the number of candles I had on the table) reflecting off an object.

The results can be seen here

This test is extreme, and most satisfied an intellectual curiosity, but it was very interesting to see how the camera was able to handle the extreme darkness and texture of the smoke.

For the second test I enlisted some help from my stunt double and arranged a 100W tungsten bulb just off frame left. I then measured the scene with my trust Sekonic light meter and came up with some general readings for the highlight on the left, and shadow areas, including the spot I wanted to exposure for just to the right of highlight.

The first few shots are shot at various ƒ-stops as a way to visually examine how the camera handles the shadow regions at ASA 100 and 200.This test is designed to be an aesthetic examination of the camera's ability to handle shadows*:

With tests like this, the question becomes more than one of pixels and stops. The question is ultimately, am I pleased with the way this camera is handling the light / image I put in front of it? In this situation, I'm going to say yes.

I was particularly impressed with the ability, at 200 ISO, to pull an image out of the 5-7 foot-candle region (if you squint you can actually recognize a couple of the albums in the corner!) I find the rendition of shadows to be silky and rich in the right places. The grain structure is organic and the over all look of the image is extremely pleasing. For me, this camera passed my aesthetic expectations with flying colors.

The compression in the online player doesn't do the image justice. To play with some of the raw CinemaDNG files yourself, download from here.
It's important to keep in mind the low levels of light being applied in this test. It's difficult to pull resolution out of an area of an image when there just isn't even enough light for the human eye to make out what's there. To give an example of how the camera handles dynamic range in an abundance of light, we took the camera to the top of a parking garage in Queens and shot these examples:

DNG Files can be downloaded here.

NOTES:
*To do something with precise results would require a grey scale chip-chart which I currently don't have access to, but here's the link to a DNG file of a chip-charted slate. )