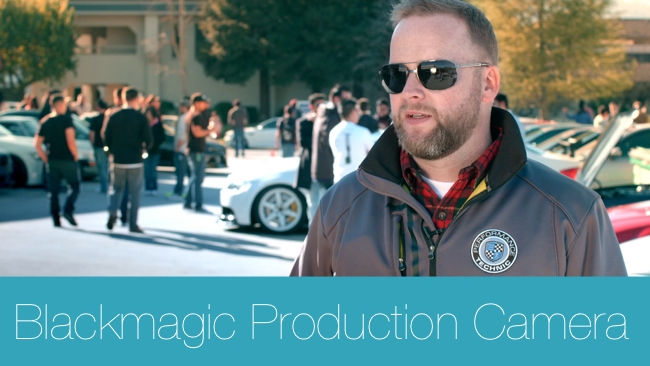 One River Media were granted just three hours with a 4K BMPC, and they've gone flat-out to show what you can do with it

We always discourage people from making assessments of ultra high-resolution footage, or fine lenses, from YouTube or Vimeo streamed media. It's not that these streaming services don't go a great and amazing job, but when you're judging the quality of footage with as many pixels per frame as a decent still camera had about five years ago, it's just not going to do the job.

On the other hand, we're often told that if you start with a really high quality image, any subsequent compression will be work more effectively, simply because it has more information on which to base its "decisions".

That certainly seems to be the case here. This footage looks razor sharp. And well it might, because it's come from a 4K Blackmagic Production camera - and one running Beta software.

You can see the details in the paragraph below. We have to say that this is very well produced and graded - and completely shows what potential this has as a documentary camera. It's going to be an interesting year with this camera arriving at a very low cost and 4K resolution, and the Arri Amira - another "documentary" camera that is essentially HD but with a proven, and sought-after - sensor. We don't know the price of this but we are guessing that it will be around $25,000.

Apart from the price and the resolution, the other difference between the two cameras is the form factor. The Amira is 100% "traditional" and the BMPC is 100% not traditional - but then, neither is a DSLR. We can't wait to get our hands on both these cameras!

One more thing: we really like the aspect ratio of this film. Since we ran our article on 21:9, people have said to us that this won't work for documentaries. Here, we thinks, is the answer to that.

Thanks to Doddleme for bringing this to our attention.

Video, production notes and credits after the break

Marco Solorio of OneRiver Media shoots with a pre-release Blackmagic Design 4K Production Camera (running beta firmware) of the open house event at Performance Technic in Pleasanton, California. With only a 3-hour window of actual shooting time during this event, Marco takes advantage of the different shooting scenarios including interior, exterior, interviews, BMW automobiles, and more to run the camera through its paces.
Lenses used: Canon 50mm f/1.2L, 85mm f/1.2L II, 135mm f/2L, Sigma 8-16mm f/4.5-5.6. All footage was acquired using the 4K BMPC in 4K 10-bit ProRes HQ mode in LOG profile. All audio was recorded directly into the 4K BMPC. Edited in Adobe Premiere CC and color graded in DaVinci Resolve 10. All music was composed (and copyright) by Marco Solorio.
Shot and edited by Marco Solorio 1st AC: Juan Ruiz Interview: Joe Gaffey of Performance Technic
Please note this is not a trailer or teaser for our BMW documentary film, "Ten Tenths" even though many people and BMW vehicles depicted in this video are in Ten Tenths. For more information about Ten Tenths, please visit 1010film.com
Twitter: twitter.com/OneRiverMedia Facebook: facebook.com/onerivermedia Blog: onerivermedia.com/blog Newsletter: onerivermedia.com/bmcc