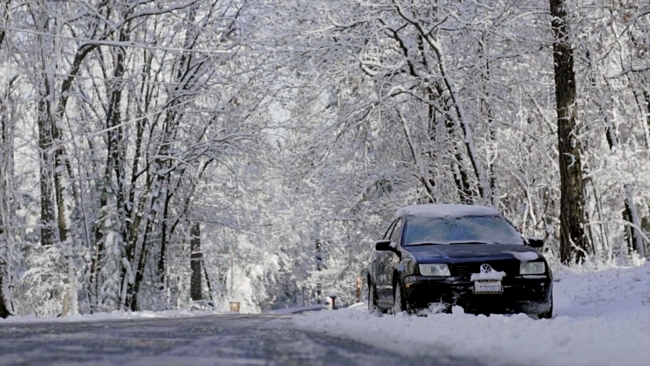 The HolyManta variable ND filter fits in between your lens and camera, and gives you variable light attenuation so you can get a narrow depth of field even in bright conditions: snow, for example. Here's the first demo clip we've seen

We covered the HolyManta variable ND filter here and now here is the first footage we've seen using it.

There's ample evidence in this clip from Chris Quevedo of HonyManta's talents, with narrow DOF visible in abundance. Without this neat add-on, in the bright snow-reflected light, it wouldn't have been easy to get these shots.

By the way, Chris's film is called "Snow in Paradise" because he lifes in Paradise, CA.

Chris was one of the original Kickstarter backers, and he's delighted with his purchase;

"I am an early adopter that helped with the crowd funding and i confess, i love it. its helped in a LOT of situations. it really works best with manual lenses, such as nikon manual lenses with a canon adapter attached, or a rokinon manual lens with a canon mount. but all in all I'm VERY happy with it so far."

The film was shot with a Sony F100, and reminds us what a great camera this is!