Sighted at CES: The Panasonic Gh4. And, yes, it can record 4K ON BOARD. 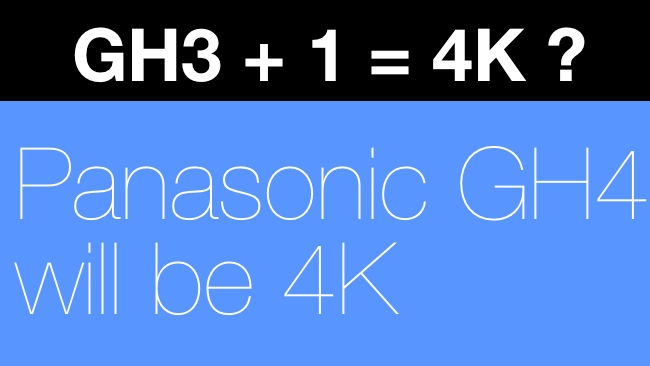 In August last year we reported on rumors that Panasonic's first 4K camera was likely to be a video-capable still camera, which would probably be called the GH4. Now, it looks like we were right, with a sighting at CES

You can see the original RedShark report here.

Engadget is reporting that they've seen a GH4 in a glass case at CES and, from what we can tell, it wasn't actually named as a GH4, but, it seems not unreasonable that it might be.

While any successor to the wildly successful GH2 and Gh3 cameras is going to be breathlessly awaited by video enthusiasts, the GH4 will have an added significance, not only because it's 4K-capable but because, it seems, it's going to record internally. It will be only the second still-centric camera to do so. According to Endgadget, Ultra High Definition will be recorded at 200 Mbit/s. We're not told what the codec will be. Also revealed is that there will be a clean HDMI output, which we're assuming will only be 1.4, which will limit the maximum framerate of the camera at 4K.

Price is likely to be $2,000, which will make this an extraordinarily cheap 4K camera.

You'd be advised to treat all of these details with some caution, simply because this was not a product announcement as such, and Panasonic have often shown products in glass cases that haven't actually emerged for years after their first showing, if at all.

On the other hand, we've heard rumors of this camera - and of around 20 4K ones - that are to be released at or before NAB, so this may turn out to be a very real thing. We definitely hope so!