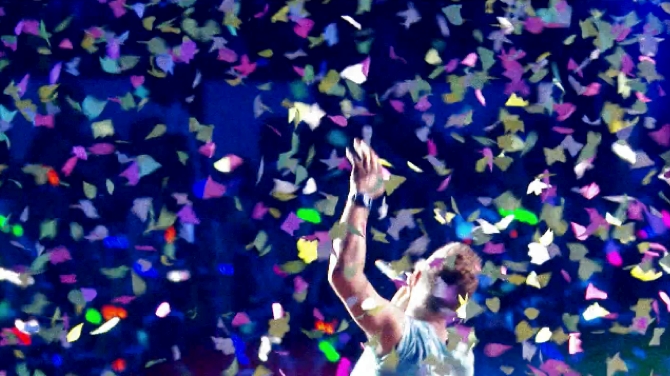 We've already reviewed the FS700's slow motion capability and now (thanks to @sonyproeurope for bringing this to our attention) it's been used together with an FS100 to capture the colour and spectacle that is a Coldplay stadium gig.

Apparently the documentary maker, James Tomkin, used the FS700 for the high speed (i.e. slow motion) shots, as well as an FS 100 and even an NEX 5n for more intimate shots where the bigger cameras would have been inappropriate.

We can't think of a better example of how small, lower cost (than top-end broadcast or digital cinematography) professional cameras, used in the right hands, can produce outstanding results.