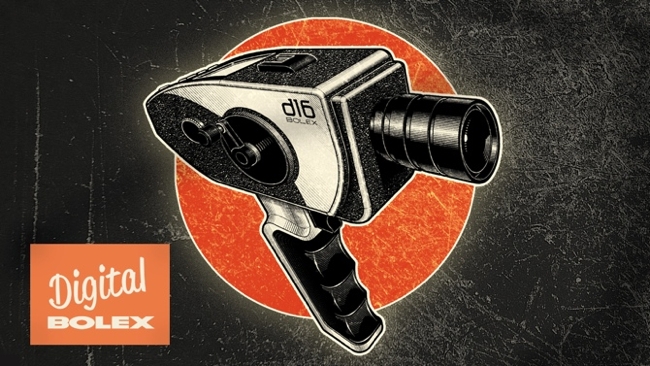 First shipping is a critical time in the history of any product. Here we learn about the state of play with the Digital Bolex D16 as it prepares to ship this week

“We Are shipping cameras this week!” This exciting new from Digital Bolex spread across the internet yesterday immediately after their official announcement was posted. “We've conquered our problems we feel like were necessary for shipping.  The camera makes great images, records very good sound, and there is a quick way to get footage from the camera onto your computer.”  Joe proclaimed with a smile.

Joe and Elle are flying to Toronto on Wednesday to personally QC the first few cameras before starting to ship on Thursday and Friday.  With two to three cameras being completed, the first 10-20 cameras will ship by the end of this week with more following each week up until Christmas.  Not all cameras will make it out before the holidays but will shipped out shortly after.

Digital Bolex's founders wanted to ensure everyone that understands that although the hardware is ready, there will be some updates with with the firmware to give the camera all the detailed functionality they think will make the camera great. In a live video feed, they offered more details.

“At some point we had to ship things, and maybe not everything is going to work exactly the way we want it to, but this is the sacrifice that we made to be able to ship this year. ”   Joe made reference to a number of desired functions that will not be available in the camera's firmware upon the camera's release.  “We wanted to focus on the core of the camera.”  Elle and Joe expressed the fact that it was important to ship the camera this year, and holding up the shipping date for a few more days could set the schedule back significantly and that they will be continuously upgrading the firmware as they move along.

One of the functions that will be updated in the future involves the camera's ability to automatically copy footage from the internal solid state drive to the compact flash cards.  “On this camera right now, you have to manually select copy from SSD, [meaning] there is a function where you can manually dump the footage from the internal harddrive to CF cards.”  Joe said during a discussion about the camera's release “Eventually, hopefully in the first firmware update, there will be a transparent dumping from SSD to CF whenever you're not recording.  And you won't have to think about it, it will just happen automatically, with a little blinking icon to let you know it's happening.”

The team addressed the lack of in-camera footage play back , a function they know is an important feature to many shooters, and said this is going to be one of the first new features on the early firmware updates.

The Digital Bolex lenses will not be available during this pre-sale.  Joe said that they are currently entering a new prototyping stage for the lenses, which have gone through a number of revisions since their inception.

Digital Bolex has been partnering with Hot Rod to create a professional lens mount option.  This, and a number of the other anticipated mounts, including a Micro 4/3, and Canon EF lenses, are in the final phases of development and should be available early next year.

On December 16th, the D16 will go on sale for the first time to non-Kickstarter backers.  The pre-sale of the next 500 cameras will be open to people who have registered on the [Digital Bolex site](www.digitalbolex.com) and will be sold on a first come first serve basis.  The Digital Bolex team anticipates that construction and shipping of these first-wave pre-sale cameras to begin late January and early February.

With such great interest around the D16, those 500 cameras are expected to move very fast, as the pre-sale notification e-mail list is said to be “massive.”  If you don't get in on the first public pre-sale, the team is expecting to hold another in February 2014 as they complete the orders for the first series.

In addition to opening the pre-sale for the next 500 cameras, the Digital Bolex store will also include:

- T-Shirts & Hooded Sweatshirts
- Digital 16 leather Backpack and Satchel Case
- A discounted Switronix battery package with a 4-pin XLR adapter for the D16
- Additional “fun” camera accessories yet to be announced.

The store will be up for preview by the end of this week and will be available for sale starting at 10am EST, December 16th.  For more information about the pre-sale or to create a Digital Bolex store account check out www.digitalbolex.com