47 Ronin: Behind the Scenes 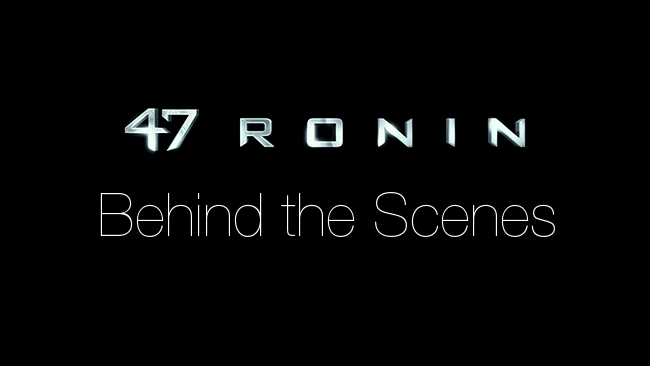 Get ready for the Keanu Reeves-led blockbuster 47 Ronin with these two raw behind-the-scenes videos, filled with production clips.

Hollywood loves the holidays. Three and four day weekends mean more time with the family, which invariably leads to the cineplex, where drama can be enjoyed on the screen, as opposed to the dinner table. Christmas was no exception, as the studios scheduled a full slate of high-profile releases. There's the requisite heart-felt movie (The Secret Life of Walter Mitty), and fun Oscar-bait flicks (American Hustle, The Wolf of Wall Street), but if you prefer fantasy action, there's one film that might make you cram your loved ones into the minivan.

47 Ronin tells the story of a group of samurai questing to avenge their fallen master. It's actually based on a true story from the 18th century, but over the years, the story has been told and retold, drawing fantasy elements into the narrative. This most recent incarnation, starring Keanu Reeves, pits the band of warriors against witches, giants, and other otherworldly baddies. That's right; 47 Ronin is a supernatural period epic.

Check out these two behind-the-scenes videos from the set of 47 Ronin (the second video is on page two of this article).

FYI: These videos are about as raw as it gets. There are just a series of clips without much structure or any narration. But these videos do offer an undoctored peak into the production of 47 Ronin. Enjoy!