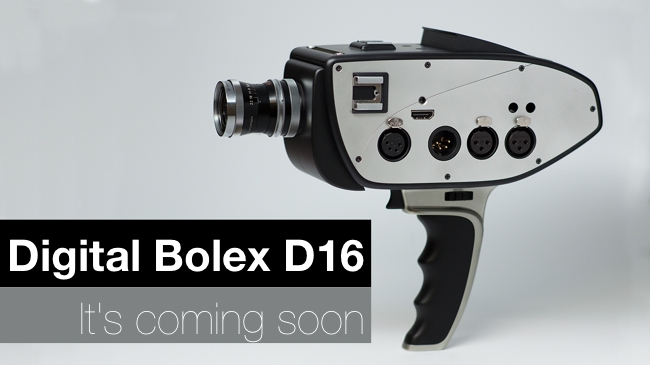 With the release date for the D16 just around the corner, the Digital Bolex team held a promotional count-down to release party on Friday in New York City.  The event  was co-hosted by filmmakers and friends who were celebrating the release of their feature film Junction.

Also in attendance was a working model of the D16 that made several appearances throughout the evening.

The east coast visit wasn't purely for fun, Joe and Elle were demoing the camera for some potential clients as well as continuing to field test the D16.

The following afternoon I was lucky enough to accompany Joe and Elle in New York's Central Park on Saturday during one of their tests, and even got to shoot a little footage with the camera.

I admit my initial reaction to the camera was a sheepish smile and mindlessly exclaiming "It's real!"

The first thing you notice when you pick up the  D16 is the fact that you know you are holding a professional piece of equipment.  The body construction is solid and the weight well balanced, which is especially noticeable when using the pistol grip (verité shooters rejoice!).

We shot in the park about two hours before dusk, capturing some iconic locations and statues.

When Joe played back the afternoon's footage in the latest beta of LightPost (the D16's custom transcoding software) the only word I had was "filmic."

The camera was still a pre-launch version, and Digital Bolex is still working on locking their firmware with goals of shipping the first 100 cameras between the end of November and December (the cameras will roll out in batches).

Keep tuned into Red Shark for more information on the D16's official release date as well as a comprehensive review.

Read: If you thought Digital Bolex was radical, wait till you see their lenses!