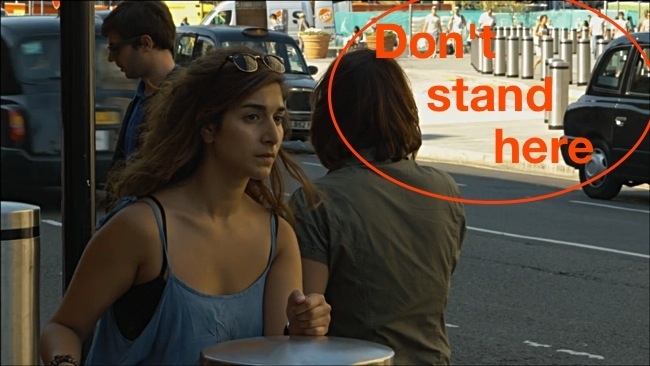 RedShark replay: I wouldn't be surprised if a large proportion of the people reading this have been hassled either by the police, or perhaps more frequently by private security contractors, while working on a photography or film shoot

It's not my intention to provide legal advice here, which I'm not qualified to do, although most of the more reliable sources I've read indicate that in most of the free world, there is no, or almost no, limitation on photography in public places. Exceptions tend to be things like military and nuclear installations, and in the UK it's my experience that photography of even these subjects is generally tolerated.

There are downsides; egalitarian as all this may seem, it is one of the things which causes the paparazzi problem, with the undesirable side-effect of largely innocent celebrities being hounded for compromising pictures in a way that many of us would probably agree is a bit unfair.

Limitations to Shooting in Public

The other problem, which is what I intend to discuss in this article, is that while there's few limitations on what we can shoot in public, an increasing amount of modern cities are, quite simply, no longer public property. The political dimension of this is that land can be sold to a development company at no cost (and often some benefit) to the public purse, especially taking into account the reduced or eliminated future costs of care and maintenance.

The social dimension of it is that large amounts of London around, for instance, Paddington station, the Broadgate estate just north of Liverpool Street, and most famously the entire Canary Wharf campus, are privately owned by property companies. They have roads, they have buildings, they have footpaths, and they appear to all intents and purposes to be simply part of the city. However, they're not; they're owned by companies.

One of the key concerns with this is actually identifying the affected areas. In many cases, in London at least, a line of brass studs in the pavement, or a metal strip, will indicate the border of a property. The same approach is often used to mark out the area prescribed for outdoor seating outside a restaurant. However, this isn't always the case, it's incredibly easy to miss, and even if you do happen to notice what's going on there appears to be no requirement that any rules are actually posted.

So, within their property, companies are free to impose any rules they like. And boy, do they like. Those rules typically prohibit photography entirely (despite the absurdity of this in a world where everyone has a camera phone). Companies typically charge a hefty fee (often hundreds of pounds an hour, plus staffing costs of hundreds more) as a bare minimum for even the smallest of shoots.

It's unclear to me exactly what these companies expect to get out of these rules. There are clear and legitimate concerns over inconvenience caused to the tenants – typically large, international companies – of these office complexes. These are the people who are primarily paying for the complex to exist, the main customers, and if you want to get political bout it, you could point out that the people who really own the property companies are pension plans and share portfolios, and thus all of us, very indirectly. So, the concerns about inconveniencing tenants who pay handsomely for the office space are understandable, if you're talking about upscale feature film productions, or if it became a daily occurrence with dozens of crews working.

Off-limits to the Public

That said, most of these places could absorb several small two or three-person crews at once without it really affecting the cut of anyone's suit, and it seems excessively ungenerous to charge what are readily identifiable as deliberately prohibitive fees to even the smallest productions. At some point, a city should belong to its inhabitants, and if those inhabitants want to tell a story using their city as a backdrop, they should not be prevented from doing so by the fact that governments have sold big chunks of it off to unaccountable corporations. Right now, a lot of the best architecture in London – principally the modern, glass-and-steel variety, but also classics like St Pancras railway station, recently renovated with considerable public investment – costs thousands of pounds a day to shoot from anything other than a long distance, and as such is effectively off limits to anyone except the biggest shows.

The amount of many modern cities to which these concerns apply is alarmingly large and growing rapidly, but there is an even deeper malignity at play when companies attempt to prohibit photography on land they absolutely don't own. As I mentioned at the head of the article, it's considerably more common, in my experience, to be hassled by private security guards than police. In their defence, they've probably been told not to allow photography of the building by their superiors, which is an invidious position to be in when there is no way for a company to impose their will on people who are standing on the public highway.
Threats to call the police (who will probably tell the security people exactly the same thing) are common, although I can't imagine the police enjoy having their time wasted in this manner.Pugnacious as my tone may seem, my attitude is really one of exasperation: I have personally been approached many times in London by both the police and private security guards, often more than once a day. I have also had police officers walk straight past me as I filmed them.
The attitude is, if nothing else, inconsistent. Either way, a calm and reasonable tone, backed up by proper research of the rules (which frequently change) is probably the best approach. I don't advocate deliberately provoking the sort of reactions we've been discussing here, but I do think it's a good idea to shoot – reasonably and politely – exactly what we want to shoot, without worrying too much about the ego of a man in a high-visibility jacket.

It'd be interesting to hear what the international situation is in the comments – I understand the situation in Los Angeles and New York is pretty similar.