Postproduction continues to move at pace to the cloud 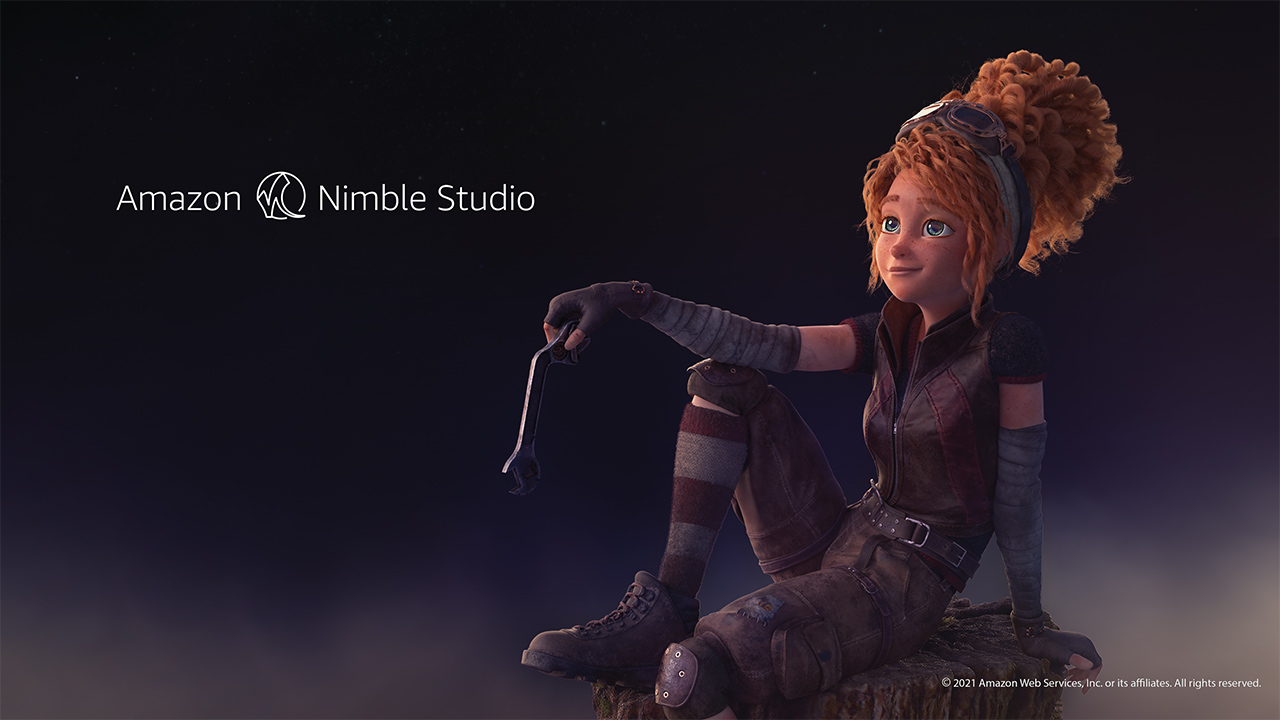 The pandemic panicked much of the post industry into remote workarounds. Now, as vaccine rollouts bring back some normality, companies are grappling with the long-term structure of work and most see cloud as the answer.

Choosing cloud over bricks and mortar has been the known direction of production and post for a while. Covid-19 drop kicked this 5-10 years into the future.

The advantages of cloud store and compute are well rehearsed. They include the ability for creatives to work from home by using familiar software applications from Adobe or Avid for example accessed on virtual workstations. All of the data is stored in a database; all the conforming and rendering and other high-performance tasks are carried out in the cloud.

Clients can be connected from anywhere too, giving them the flexibility about to spend time and cost travelling to a site, over and above Covid safety restrictions.

The cost of buying hardware to sit on-premises and having to ‘sweat’ that cost of many years can be replaced by a pay as you go operational model. Updates which would otherwise take time and cost to implement should be almost instantly accessible in the cloud with the IT/engineering tasks outsourced to the provider.

This distributed workflow which is not locked into a few physical sites in theory opens up the market by allowing smaller less resourced companies to access an almost infinite freelance market and buy cloud resources on demand to compete with larger studios. 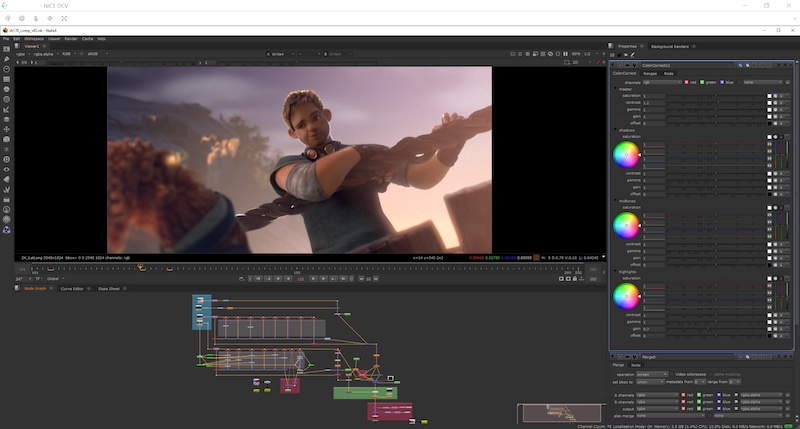 Few post and production facilities are going to head to cloud overnight. Most will adopt an interim approach which retains some resources and dedicated suites on-premise with greater flexibility to expand in the cloud. But the ratio of on-prem to cloud is definitively shifting toward the latter.

Moving over to the cloud

An example is Soho facility Green Rock. It is looking to move completely out of that facility and to use cloud to connect clients and colleagues with the Adobe editing and finishing applications.

It is rolling out a cloud-based hybrid workflow to connect its Soho hub with a sister facility in LA using storage from BASE Media Cloud and the Iconik cloud MAM. On prem storage will remain for high performance tasks with burst capacity enabled in the cloud.

“In essence this means your data becomes centralised in the cloud, your workstations run in the cloud but your users can be anywhere in the world,” says Ben Foakes, the founder of BASE Media Cloud.

Post production has evolved. From the days of physical film cutting, into tape to tape and the transition at the end of the 1980s into nonlinear file-based editing, now things have now gone pure digital.

“The virtual hybrid cloud has arrived as part of the eventual move towards full virtual,” Foakes says.

This is by way of saying that not everyone needs to use Amazon. It’s the 900lb gorilla in the media cloud marketplace and its innovations keep on coming. Media is clearly a major focus at Amazon and it is making a tremendous effort to onboard everyone from the largest Hollywood studios to the smallest VFX house, but there are other technology options. 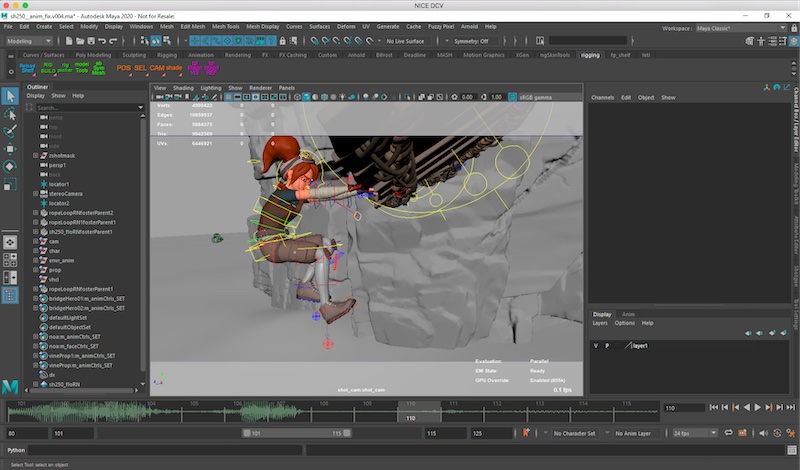 AWS latest is Amazon Nimble Studio, a service that makes it possible to stand up a new creative studio in hours from almost anywhere and at low cost too.

In AWS jargon this means “elasticity that gives companies near limitless scale and access to rendering on demand. …they can rapidly onboard and collaborate with artists from anywhere in the world, and produce content faster and more cost effectively. Artists will have access to accelerated [NVIDIA GPU-powered] virtual workstations, high-speed storage, and scalable rendering. There are no upfront fees or commitments to use Amazon Nimble Studio, and customers pay only for the underlying AWS services used.”

“We believe the future of production is dispersed teams and agile studios,” James Bennett, Founder and Director of VFX & Animation, Shomen Productions is quoted. “Geographical access to a ready pool of talent is no longer an obstacle to creativity. We believe Amazon Nimble Studio will be as impactful to creative production as iTunes was to the music industry.” 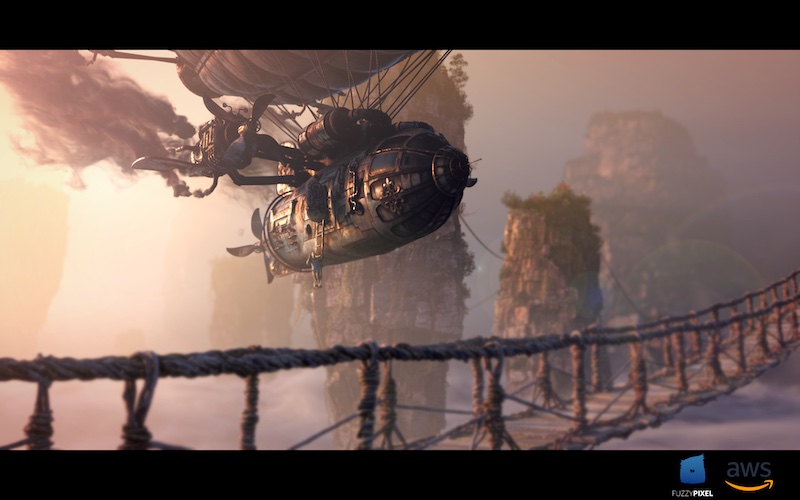 Amazon's Nimble Studio means users can access powerful rendering facilities even if they are in a hotel room.

Another recent initiative from Amazon, called CDI (Cloud Digital Interface) is an ambitious attempt to do something similar for live broadcast production. That is, host the entire range of live production applications including switching and graphics in AWS and do so by transporting uncompressed live video using the high performance features available on Amazon Elastic Compute Cloud.

At the Hollywood Professional Association event HPA Tech retreat in February a live demonstration of a workflow taking pictures direct into AWS for editorial manipulation showed just how far the tech has come and the inroads it is making. The media management piece for this demo was Frame.io’s camera to cloud software which has only recently launched.

This demo also revealed some of the gaps or challenges that still need to be managed before all workflows head to the cloud. Crucially this includes cost. Since the workflows are still nascent, there are question marks about the cost of getting material – especially raw rushes – into and out of the cloud as well as transferring around inside the cloud.  The cost of online storage and long-term archive in the cloud are also up in the air, so to speak.

Another gap that needs plugging is the ability for media producers to mix and match workflows between different clouds. Some protocols making the exchange of media seamless – and not expensive - between say Google Cloud, Amazon and Azure is something that content producers of large productions would want to see.

This also speaks to a degree of scepticism about cloud vendor interests. No-one really doubts that cloud security is an issue, though no-one can be complacent. But what worries some in the industry is cloud vendor lock-in. Having escaped the siloes of proprietary vendor environments of hardware SDI, they don’t want to have their media held hostage if a cloud provider goes bankrupt or simply crashes, however unlikely that may be.

Professional media is also a relatively small business for the largest cloud providers who will see financial and IT sectors, medical, education and industrial enterprise as larger cash generators. Once on board, what’s to stop cloud providers from ramping up the cost of media? Would the media industry have the leverage to act?

Competition, open standards and cloud agnostic software tools should provide some of the building blocks for media production going forward.