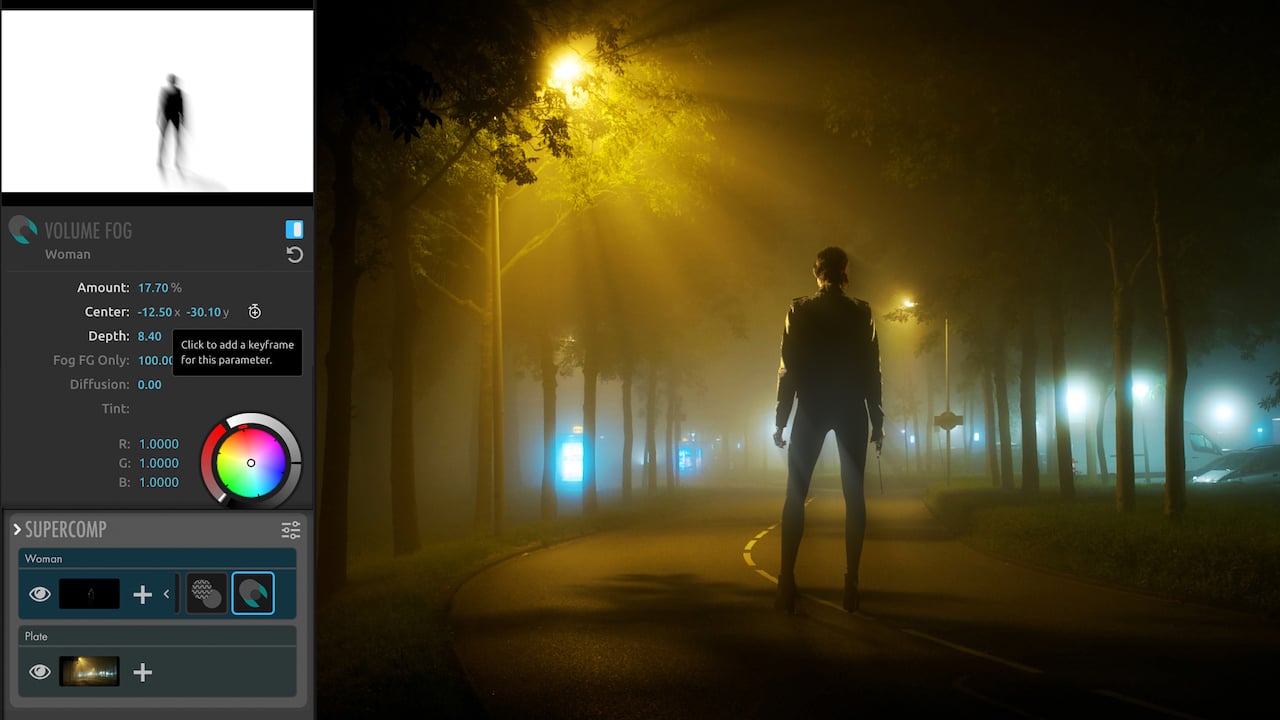 Red Giant’s new and appropriately named VFX Suite is a brand new suite of keying, tracking, cleanup and visual effects compositing tools, all of which can be reached from directly inside Adobe After Effects.

Red Giant’s new VFX Suite is aimed at Adobe After Effects users and sees them provided with enough tools and plugins for advanced vfx that they may never really need to leave its environs and look elsewhere. It’s an impressively powerful range of tools and plugins that take you through everything from VFX composites and automatic chroma-keying, though speedy and accurate planar tracking, to object replacement/removal, photorealistic glow effects, prismatic displacement effects, and camera-inspired lens flares for visual effects and motion graphics.

All in all there are nine tools in the Suite, which the company is offering at $999 for the entire bundle. For an industry increasingly used to cloud-based monthly subs, that might seem like a fair deal of money (though an academic license brings that down to $499 if you qualify) but on paper at least this looks like one of those occasions where you get what you pay for.

Here’s a quick run down of the different tools; some new some updates of previous Red Giant software. All are GPU-accelerated, work on both Windows and Mac, and require Adobe After Effects CC 2018 and later.

At the top of the heap you have Supercomp, a compositing environment featuring 15 GPU-accelerated context-aware tools for creating complex and seamless composites. Light and atmospheric effects interact with all layers and elements of a scene in a more natural way than previously, and handily also with far less pre-composing in After Effects than before too.

The well-regarded chroma-keyer, Primatte Keyer, has a new user interface for v6 and features the debut of Core Matte, a tool that keeps the inside of the key solid while still preserving fine semi-transparent details on the edges by utilizing the luminance in the foreground. This, Red Giant says, helps create an incredibly natural key. GPU optimization sees previews and renders up to 3x faster than in previous versions.

King Pin Tracker provides fast, accurate planar tracking for placing signs or objects into a shot, even if they aren’t simple rectangular shapes. It can track surfaces in changing lighting, even as they leave the frame. Spot Clone Tracker meanwhile does the opposite and lets the artist remove objects, also featuring a built-in tracker for moving footage. It matches lighting automatically, with options for how it clones light, colour and texture.

Optical Glow provides photo-realistic glow effects (think everything from starship engines to neon signs), while Chromatic Displacement uses one layer to replace the pixels of another for force fields, heat ripples, light refractions and more.

It is, of course, worth pointing out that all these tools are also available individually, at anything from $99 up, with Supercomp understandably the most expensive individual tool at $399. The total piecemeal price though is approaching $1500, so the VFX Suite bundle makes a fairly powerful argument if you need one of the big packages and more than a couple of the others. Have a look at the video below.