How post production keeps up with the pace of technology 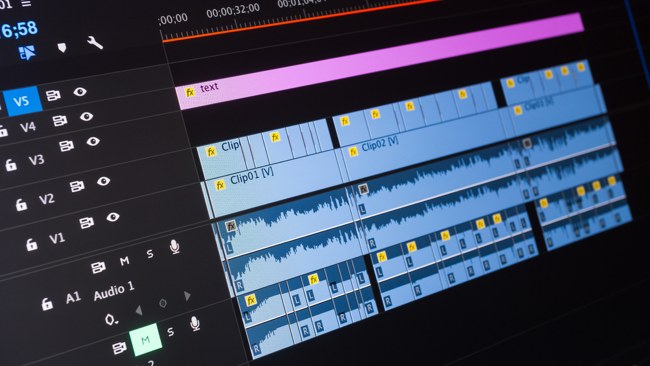 Ever increasing resolutions and complexity introduced by new technology such as HDR means that the post production world is constantly having to evolve to ensure a smooth ride. Adam Hamer takes a look at the current state of play.

In the cutting edge tech world of today’s ultra high resolution digital cameras, imaging a production in 4K resolution or greater is fast becoming the standard. This extreme data flow has created a need to create proxies of all recorded media, ensuring that rigorous post deliverable schedules can be adhered to. Workflows in the majority of today’s post houses are designed to keep as light of a footprint as possible. This is achieved by working from proxy files as opposed to editing from full resolution raw masters. Though uncommon, some production companies work directly from RAW files during post production, though this requires a considerable amount of horsepower to render.

Commonly, the full resolution files are kept offsite from the post production HQ at a facility such as Fotokem, who provides the post houses with the proxies necessary to begin the editing process. This pipeline keeps systems nimble and allows for efficient segmentation of the post process. Nearline storage versions of files sustain the tight delivery pipeline that the studio and television worlds of today must meet or beat.

Editors working primarily from 2K proxy files create a streamlined process by generating a pipeline that allows for simple data transfers of edits between vendors, in post. This transfer is usually done through the .xml or .edl format. As VFX houses often use their own proprietary systems for processing source media in their pipelines, the methods used can vary considerably from facility to facility. Upon completion of the picture lock, post houses commonly perform conversions and outputs transferring the work to the next unit or vendor in the post pipeline. Pulling from the source media reference files at all times, allows for the post specialist to maintain the integrity of the raw data by not modulating it at all, until the final master is created during the DI process.

The primary goal of the modern high resolution digital post production process is to maintain the uncompressed data integrity all the way through the pipeline as well as to maximize financial return relative to investment. Typically, assistant editors prep the footage in close proximity to the production set, eliminating slates, syncing sound and incorporating the producer’s and director’s notes. In some instances, an assistant editor will begin to cut 2K dailies on set, ensuring a seamless flow between production, post and studio divisions on a project. The final cut, once complete, is exported into a deliverable format suitable for another vendor or in house team (fx, DI) to continue or finalize the post process. Once the montage and fx plates are complete and composited, the production company typically will call the holder of the master files (6K, 8K) such as Fotokem, and ask them to use the .XML deliverable files to generate high resolution delivery and exhibition masters which are formally referred to as the conform or final conform. The final master files are often delivered in the .dpx, .exr (suitable for HDR), and .r3d formats in today’s post production landscape.

The segmentation of the work process makes it easier for the final DI team to create master and exhibition files efficiently from the streamlined, proxy files. High resolution post workflows are extremely variable depending on the capture format, resolution and production company process. A theoretical high resolution television show that is capturing with the intent to finish for ultimate Netflix distribution would typically film the production at 6K or 5.5K resolution to ultimately produce a 5K center extraction which allows for the post team to implement fx, image stabilization, and to reframe for the desired aspect ratio (1:85.1, 2:40.1) etc and deliver a 4K master. This type of freedom for post adjustments allows for a north south latitude when adjusting final framing for exhibition.

Netflix is reportedly seeking primarily 4K content from their producers today, often requesting deliverables in the newly adopted .imf format which supports 4K and HDR mastering. With this newly adopted format, has come a reinvention of the post workflow, which is tied to the optimization of the HDR master. Creating an HDR deliverable file is becoming of greater importance in today’s media landscape. Typically, the dailies on set for HD and HDR productions are handled the same way. It is common to have an assistant editor nearby or on set during the production of modern high resolution projects to act as a baseline assistant, ensuring smooth capture of the data stream. HDR mastering requires a second deliverable in post. Quite commonly in today’s landscape, creators will be requested to submit both an HD master file and an HDR master which are typically created and executed by different units of the post production team. Creating the HDR file involves working with a variety of complex parameters to perform a second variant of the color grade. This added deliverable can create a costly expenditure in terms of the post production overhead.

What the future holds

Despite their massive physical size, modern ultra high resolution sensors maintain a wide pixel pitch while simultaneously achieving a larger than S35 physical sensor area. The RED 8K VV sensor and the Alexa 65 both have identical pixel pitches to the RED Weapon/Epic Dragon and the Arri Alexa Mini/XT sensors respectively. Maintaining this pixel pitch as sensor size increases, leads to improved capture fidelity in a large sensor, true to life imaging system. As the industry moves towards the inevitable adoption of 12k video and beyond, large format, ultra high resolution sensors, with their respectable pixel pitches, will see extended use for a long periods of time. Downsampling improvements will benefit the final output video results, additionally future proofing video productions. The massive image size of ultra high resolution footage also offers tremendous leverage for vfx work. The benefits of mastering a large format image come in the ability for post production to have a variety of options when creating the final work.

What the future holds in store for post processing of raw high resolution data streams, is being teased at the trade shows of today. Hardware is being developed currently to act as an accelerator to enable high data process rates, enabling real time 8K raw data workflows suitable for post production. It is only a matter of time before technology such as this, is implemented into the post landscape. How this will affect the nature of the post pipeline has yet to be seen. As more sophisticated technology is implemented into the gear designs of tomorrow, the ability to edit medium format, high resolution video footage, in real time, will become a viable option for post houses worldwide. The widespread market adoption of the new generation of ultra high resolution sensors, heralds a truly spectacular era of high fidelity to come in pro video.