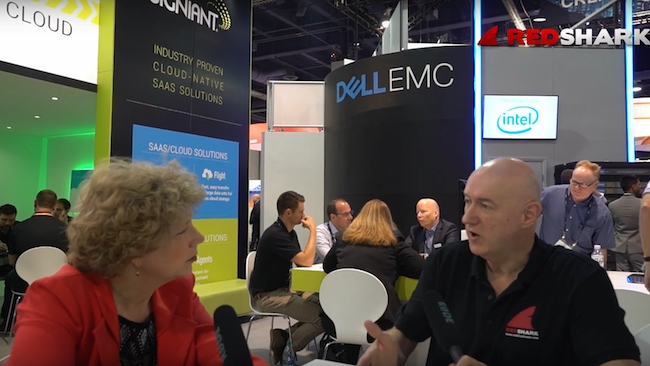 It's fair to say that Signiant's Media Shuttle has had a fairly significant impact on the post industry since it was launched, what feels like a long time ago now.  "We're really happy with how Media Shuttle is being accepted in the market and particularly with post production houses," says CEO, Margaret Craig. "It is becoming the de facto standard for the way that post people move their files around."

If de facto is indeed what it is, then there's no sign of the company resting on its laurels, as the new developments on show at NAB attest.

"We now have the ability to use cloud object storage as the backend for Media Shuttle," she explains. "A lot of deployments are still using on-premises storage, and we're happy to support that. But it's very easy now to spin up a portal using cloud storage and, particularly for the project-oriented nature of post, if someone needs to just quickly get some storage and a portal up and running they can quickly pop it up in Amazon or Azure."

Signiant says this is storage independence; allowing people to have their files on-site or off-site as they wish. To find out more, watch the interview below.