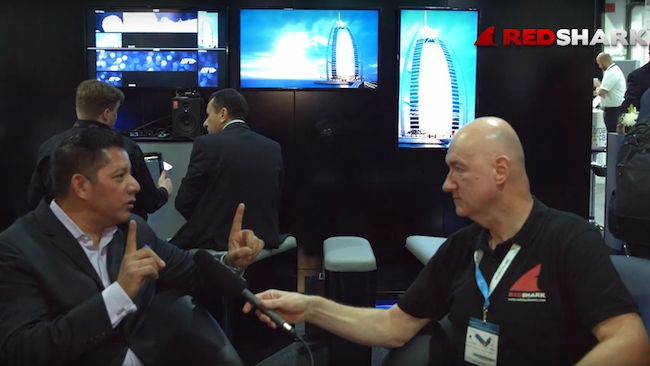 Louis Hernandez Jr: Looking to NAB and beyond

We caught up with Avid Chairman and CEO, Louis Hernandez Jr, while we were in Dubai recently. Sitting in a gloomy corner of an otherwise brightly lit Avid booth, we shot this exclusive video interview. Without giving away anything too specific, we look at NAB 2017 and beyond.

Avid and Lightworks were once neck and neck in the race to depose film editing. Prior to the Nineties, film, was cut and spliced in the most analogue of ways. While Lightworks emulated the film cutter's workflow as far as possible, Avid moved on to become the default editor for TV and video. At times it has come close to being the generic name for a non-linear editor.

Software-only NLEs and powerful laptops mean that where once an editing suite cost hundreds of thousands of pounds, almost anyone could equip themselves to edit video to a very high standard. So Avid branched out and acquired companies to build new strengths in other areas of technology. Now, Avid has products as diverse as its Nexis software-defined storage to Sibelius - almost the definitive music notation application. In there too, are Avid Media composer, and Pro Tools - which is the rock-solid standard DAW for professional recording musicians.

It’s not easy at first glance to find a common thread through Avid’s product range. But despite that - and quite possibly because of it - Avid has built an ecosystem designed to bring a cohesion and unity to their brands and their services. It’s called Media Central, and it’s at the core of Avid Everywhere.