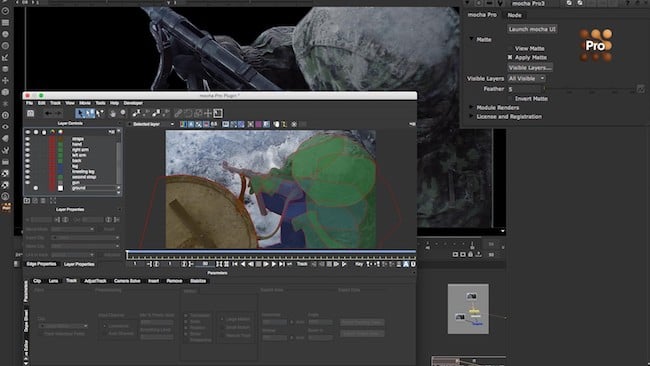 Elsewhere there’s a new Apply Tracking Feature in the After Effects Plug-in, which allows users to apply generated tracking data to other layers via the plug-in interface rather than having to export out too the clipboard. And of course there are variousImprovements & bug fixes: including improved Python scripting support, improved handling of larger, multi-layer projects and numerous plug-in fixes for Adobe, Avid and OFX.

From a business angle, new Imagineer owners Boris FX are putting plenty of emphasis on those new license options, which are aimed primarily at big studios as they kick in at the 5+ licenses level. New floating license support means users can run both the mocha Pro standalone and mocha Pro plug-in options off one floating license server, while a new Render License option allows users to render projects on a networked render farm or different workstation without taking up a full license.