Frame.io launches on Adobe After Effects 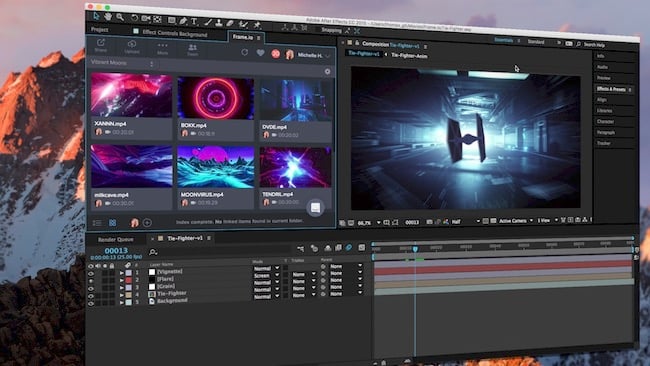 Now available for After Effects...

Video collaboration specialist Frame.io looks to cap a successful year with the launch of its panel for Adobe After Effects.

2016 has proven to be a bit of an annus mirabilis for the company, with the successful release of Frame.io for Premiere at NAB 2016, an Apple Design Award in June, the announcement of $10m worth of Series A funding that was dotted with star names such as Jared Leto and Kevin Spacey in September, and the small matter of 200,000 users signing up for the platform.

Integration with After Effects is the first update to roll out since the announcement. The company promises that all the realtime collaboration features users have become used to with Frame.io so far such as time-based comments, annotations, and version control have been redesigned to feel at home in the After Effects UI. Additionally, the AE integration has some special features such as the ability to import comments and annotations directly into a comp as live shape layers.

Other headline features include the useful workflow boost of being able to upload queued After Effects comps in 2 clicks; the syncing of realtime comments and annotations with comps; auto versioning of every change; and fun upload of project files and bins — all of which, like the other Frame.io integrations, takes place at an agreeable 5x quicker than Dropbox.