Is it finally time to move on from the Mac? 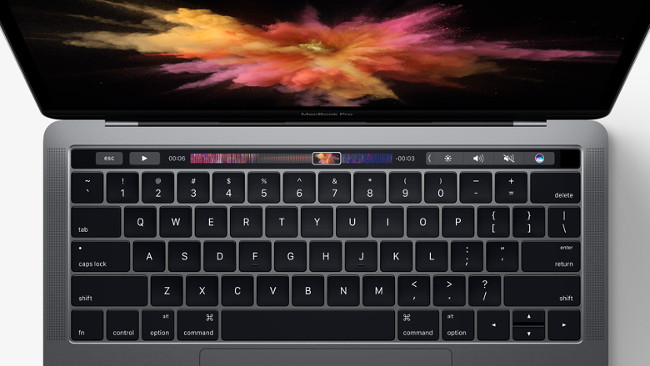 Enough is enough. Simon Wyndham is a long-time Mac user, but, like more than a few others, in the wake of the new MacBook Pro announcement he is now considering changing computing and NLE platforms.

I have been a Mac user since 2006. From the moment I first powered up my shiny new Mac Pro, I was hooked on the OSX ecosystem. After using Windows for a long time, even the fact that on-screen fonts were, shock horror, smooth, with the apparent appearance of print, was a revelation! So many functions that were convoluted in Windows were now made easy. My home network no longer required days of figuring out what was wrong, either. And despite the fact that I was a long term user and one time beta tester of Vegas, I loved my new Final Cut Pro Studio.

I have since owned all manner of iPhones, as well as MacBook Pros, and iPads. It has to be said that I am heavily invested in the Apple ecosystem. I really like using FCP X. And I like the new version even more. It is a fantastic NLE. I always feel like I am going back in time when I use other software, with their reliance on tiny confusing icons and non responsive, old school, timelines. FCP X allows me to get on with the job of editing without the interface getting in the way.

But now, I am conflicted. As my current system really has reached the end of its useful life, the new MacBook Pro laptops have arrived and I have to admit to being underwhelmed. The reduction in ports, such as SD card slots, is inconvenient, although, I can fully see why Apple would focus on USB-C. Such changes are the sideshow, however.

The rea issue is that it does not appear that Apple has made any attempt to understand what a media professional would actually need from such a device. It is known that Tim Cook isn't perhaps the biggest fan of the laptop and would prefer to move things over to something like the iPad. However, if this is the case, I would love to know, for instance, how we are supposed to connect mass storage to such a device or even how the device itself is supposed to handle files. After all, an iPad Pro cannot even read ProRes files.

The multi-function OLED strip on the new MacBook Pro to replace the function keys seems neat. In fact, it seems genuinely useful. But although the new laptops can run multiple 4K monitors, that function strip cannot be used if you close the machine up, as you would normally do when using a device with external displays and keyboard.

Couple this with the maximum of 16GB of RAM (and 2GB of video memory) and we are left with a rather lacklustre 'pro' machine that does not achieve many of the goals that somebody who is doing video and animation heavy work would need. And it isn't just the rather disappointing specifications. It is the price that we are now expected to pay for them. We used to be prepared to pay a bit of an Apple premium for the fact that OSX simply worked much more reliably than Windows. It was more secure and it was much more user friendly. It also integrated with other Apple products well.

Fast forward to now and we find that Windows has become a pretty nice operating system. Okay, it still has hangovers from the old days with cryptic error messages when things do go wrong and a convoluted system and network settings arrangement that still needs a man with glasses who dreams of C++ manuals to sort it out. But, apart from that, Microsoft has learnt from many lessons of the past.

In the past, I have defended Apple's development of professional products. But now, I feel that we have reached an impasse. In fact, I would be surprised now if Apple even had what we would term a 'standard' computer available in five years time. This may be good or it may be bad, depending on the final route and philosophy that the company takes. It is true that professional users, such as us, are in a niche market. But in order to be able to satisfy the increasing need for video and film content that viewers are now demanding, we need something to be able to make that stuff on! Apple used to be best at understanding this requirement. But now? I really am not so sure.

So. like many others,I am now faced with a dilemma that I didn't ever I think I would find myself facing. Do I now go back to Windows for editing? I have to confess that Premiere is not my personal favourite NLE to use. It is a powerful NLE, to be sure. Don't misunderstand me. I am not saying that it is bad by any stretch. I use it myself when I need to collaborate with other PC-based editors on my Mac. But as my own personal choice of NLE, I much prefer FCP X.

The iMac is another option, but this has not been updated in a good long while. No doubt it will receive another model bump, but will we be faced by a similar design philosophy as the MacBook Pro, with restricted RAM and a plethora of rather pricey dongle adapters? I would be very reluctant to make such an investment if I am not convinced of Apples' intent with regard to machines that can truly be used with software such as After Effects and the like. The Mac Pro has not been updated since 2013 and, by today's standards, its specifications for the price are woeful. It remains to be seen if this ever will be updated (or quietly dropped from the roster).

On the other hand, if I built a PC, I could get a lot of power for the money and build it around, say, DaVinci Resolve or Lightworks. Before anybody suggests it, I have no interest at all in going down the Linux route, no matter how secure or easy to use it has now become. There is simply not the variety of software available. Much as I do not like the market dominance of software such as Photoshop, it is the best of its type available. And it isn't available on Linux, despite the fact that some people have found workarounds that sort of allow you to load it on such an OS.

I have never been precious about the system I use. I have always said that, if something better comes along, I would move to it. The trouble now is that, rather than a better option becoming available, I am now faced with my existing system and the manufacturer who makes it effectively restricting what I can do with it. The alternative is being able to get much better hardware, with the trade-off of being forced into using software that I am not so keen on using. If ever there was a real-life Catch-22, this is it in a nutshell.

I suppose that this is the price a person pays for staying with one system for so long. But it is a system that has worked incredibly well for me, until now. I do not want to leave the Mac ecosystem, but in many respects, I do not feel like I am being left much choice in the matter.

This dilemma's only saving grace is that, because most software is cross platform these days, I am already very familiar with the workings of Resolve and Adobe Premiere, so moving over to use them permanently won't be quite as bad as losing an arm. But it is a journey that I would definitely be taking under duress.