This is what you need to throw multiple 4K images around 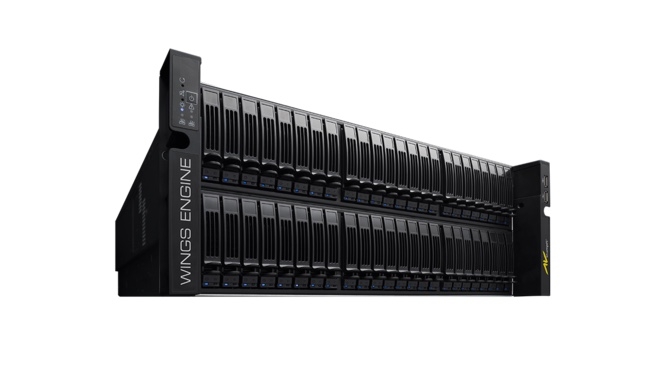 Our industry doesn’t have the monopoly on needing to work with 4K images. Digital Signage is increasingly upping the resolution ante too, and the recent ISE show in Amsterdam confirmed its 4K future.

That means it needs some powerful media servers to drive all those videowalls at 4K, and the likes of AV Stumpfl’s Wings Engine Raw 8K epitomises what you can find at the top end of the signage field in 2016.

In fact, Wings Engine Raw 8K can deliver four streams of full 4K uncompressed content at 60hz, plus media overlays, text generation and even show control on top. How you use them is up to you: either combining them into that one 8K image its name suggests with soft edge blending, mapping and geometry correction, or driving what the company refers to as a ‘virtually unlimited’ amount of LED screens.

There is, of course, a school of thought that says that 8K will only ever really make sense in the display industry. So, if we’re after kit that has the sort of horsepower required to deal with that sort of content, it’s not a bad place to go shopping.