Recapture your sense of awe with this astounding space video 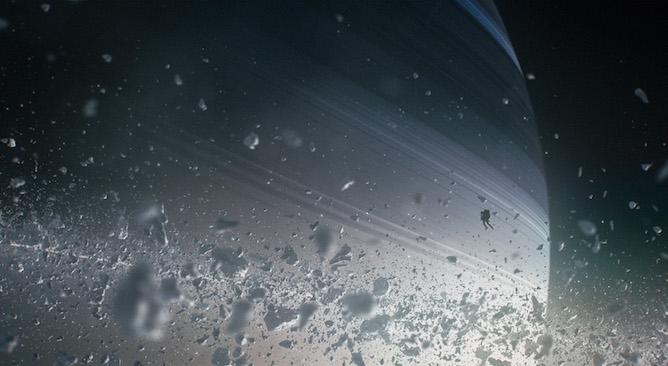 Surfing in the rings of Saturn

We never cease to be amazed by what individual people and small teams can produce with the new breed of digital tools, but Wanderers, a short film by Erik Wernquist detailing humanity’s exploration of the solar system centuries hence, has raised the bar to astonishing new heights.

It is, quite simply, awe-inspiring in the truest sense of the words: a CG tour de force which sees Wernquist recreate locations around the solar system and people them with the future generations that we hope will have mastered the technology to get there.

Carl Sagan at his poetic best provides the narration in an audio clip taken from his own ‘Pale Blue Dot: A Vision of the Human Future in Space' (1994) and Wernquist acknowledges the influence of the great hard science fiction writers that have preceded him in exploring the solar system, the likes of Arthur C Clarke and Kim Stanley Robinson, as well as the hugely influential artist Chesley Bonestell.

What he gets astoundingly right here is the sense of scale, a sense of majesty and indeed the wonder of it all. And he thoughtfully provides plenty of information about how he did it all here: Wanderers - Short Film.