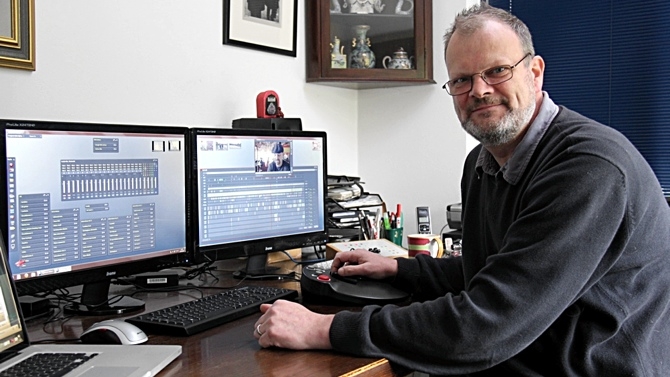 How did you get started with editing?

I started out as a stills photographer, and then Customer support at Olympus in London, before moving into video editing at the Olympus Gallery.  It was there I learned about video editing while working on projects with Steven Berkoff, John Maybury and Derek Jarman, and was involved in producing the successful 'History of Pop Video' exhibition.

What sort of equipment did you work with when you started editing?

We were using a three-machine VHS editing system – the only one in the UK at the time.  It was accurate to five frames which meant we often had to re-edit scenes over and over to ensure they were lined up correctly.

What was your first experience of using an NLE?

Lightworks was my first experience of non-linear editing. Previous to that I was used to editing with linear online systems. I started Edit Video Ltd with John Mayes in 1986 in a warehouse in Wapping, mainly editing music videos, but after four years we moved to the West End of London where we edited many popular television series – some with UK audiences of over 15 million – as well as many of the biggest concerts.   At the time I was still using online techniques, but over the years and as our client base grew it was clear I had to learn non-linear editing. 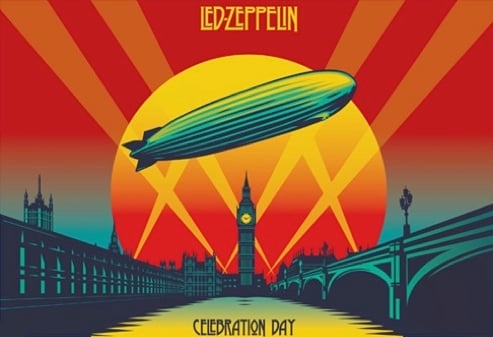 I found Lightworks easy to get to grips with as it was the closest thing to a real editing experience available. To this day, Lightworks is the only editing software I use as it lets me do everything I could possibly think of, quickly and simply.

What was the first film you used Lightworks on?

I had used Lightworks for many years for corporate, music and some television work, but the first big music project was with director Dick Carruthers: Oasis at Wembley Stadium for their ‘Familiar to Millions’ DVD.  The band was right at the peak of their powers and it was a great experience, but definitely a challenging one. Lightworks was more than up to the job and we managed to produce a great looking, and sounding concert video.

What is it about Lightworks that makes you choose it over other NLEs?

Lightworks just lets you get on with the job of editing.  Other systems have too many menus and settings to confuse matters, often resulting in giving the user too many options to import - which is where things can easily go wrong.  Above everything else Lightworks is solid, stable and it’s fast.

What would your typical workflow as an Editor be?

After receiving the rushes I spend a good deal of time preparing all the footage correctly – often up to a couple of weeks.  For me, this is the most important part of a project as if you have all the footage in place and looking good then you can easily add or remove anything, or react quickly to last minute changes.
Lightworks is very responsive to these types of changes as it’s able to easily move large sections around the timeline, if needed or requested by a client.

And do you think Lightworks is as relevant now in the days of File-based workflows as it was with film?

Yes, absolutely. Other NLE systems suffer huge problems around discipline, many of them will take in anything, with hundreds of options where only one will work, and then not be able to output it correctly. Lightworks, while fussy on its inputs, makes you import material correctly.

Do you use Lightworks’ advanced features like Multi Camera?

Yes, all the time. A good example was with 2003’s Led Zeppelin DVD which features a real mix of files in various formats, captured over a ten year period.  With the footage from the 1970 Albert Hall concert being a two-camera shoot, one would expect that cutting it would be relatively easy. Not so!
It had never managed to be edited before as the cameras hadn’t been crystal locked – one being on average 101.5% and the other about 102.5%. Then there were speed changes as batteries went flat and at times both cameras had run out of film.
One month later, having worked day and night, it was finally in sync and every usable frame had been used. We then had to ‘online it’ using Lightworks Touch, as no other system at the time could accurately do the hundreds of minute speed changes needed.

What do you think of the ‘democratization’ of cinema through lower cost cinematic cameras, reusable media and free editing software?

I think it’s generally a good thing, but ultimately you still have to make a good product. There was maybe a very small window where some ‘less good’ things were being made, but essentially it’s all down to the quality of the final product. Is the story good? Is it shot well? Edited well?

What’s your favourite film that you’ve worked on?

I’d say it’s probably Bryan Adams ‘Live in Lisbon’ as it was shot exclusively on 16mm and Super8 at 15 frames for ‘the look’.  It took almost a month just to vary the speed and sync up the rushes before the edit could even start!
And on a personal level it has to be The Who & Friends at the Albert Hall, as they are one of my favourite ever bands.

How do you think we can bring Lightworks back to the forefront in high-end editing?

The direction Lightworks is heading is incredible.  I’m especially impressed with the level of support, help and goodwill available on the online forum – it’s staggering.  Many editors I know are all Mac based and are using products made specifically for the operating system.  Once Lightworks releases its Mac version I’m sure people will see the benefits of using it and jump on board.

Henry Stein has also written his first-hand, detailed account of editing Led Zeppelin, exclusively for RedShark. Watch out for it in a few days.