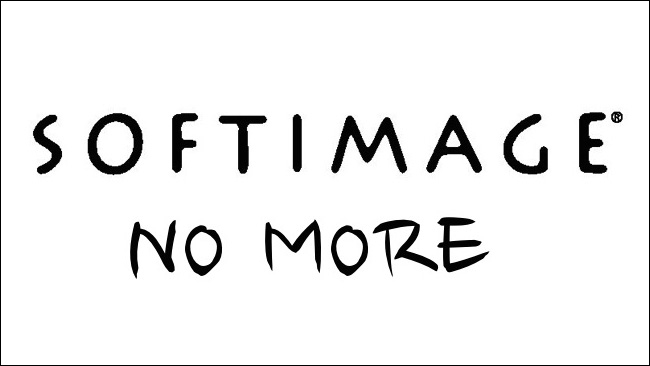 With the announcement that the upcoming Softimage 2015 release, due to ship mid-April, will be the last one for the Softimage product line, Autodesk has pulled the plug on one of the defining names of the industry; a truly pioneering 3D package that changed the shape of visual effects.

It’s a sad day for many. Softimage was one of the true pioneers of 3D animation and Montreal in the mid-1990s, one of the funkiest cities on the planet (in its summer clothing at least), was the epicentre of an equally remarkably fecund period in the history of VFX. In one part of the town, Softimage held sway — a 3D animation pioneer headed up by the charismatic and talented Daniel Langlois whose handful of meeting rooms were christened after the high profile movies that the company’s software had made possible.

Elsewhere in the city it was all about Discreet Logic, a company spun out by ex Softimage sales director, Richard Szalwinski, which was wowing the client-attended advertising crowd with its Flame compositer and effects suite. Add in erstwhile Canadian rivals, the Toronto-based and SGI-owned Alias|Wavefront, and the much lower priced and wider pitched 3D Studio published by Autodesk, and you had the makings for some serious competition that made every tradeshow an event.

One show it would be flying logos, the next chrome dolphins, as everyone tried to outdo each other. It was a genuinely exciting time to be in the industry too as the goalposts were shifting so rapidly and the results were tangible up there on the big screens and giant speakers that dominated the showfloors, on the smaller screens and speakers of home gaming set ups, in the darkened rooms of the 3D animators, and in the movie theatres. Dinosaurs walked, ships sank, dragons flew, space exploded…that sort of thing.

Of course, it wasn’t to last. A single seat of Soft or Alias plus the SGI computer required to run it either cost either as much as a car, or considerably more depending on what you were driving, and the move towards the commoditisation and eventual aggregation of the 3D industry slowly started around then. Microsoft bought Softimage, then Avid bought Softimage, and eventually Autodesk bought everyone, meaning that the company’s press release about Soft’s closure can talk of transitioning people at no cost to both Maya (an Alias product, of course) or 3ds max.

But Soft deserves its place in history. Even now it is still revered as probably the best off-the-shelf character animation package out there and in its time it bequeathed us inverse kinematics, gave us the technology behind Flame, and kick-started the whole online finishing suite revolution with Softimage|DS. It also had the happy knack of employing many of the most talented and nicest people in the industry at one time or another.

It shall be missed.