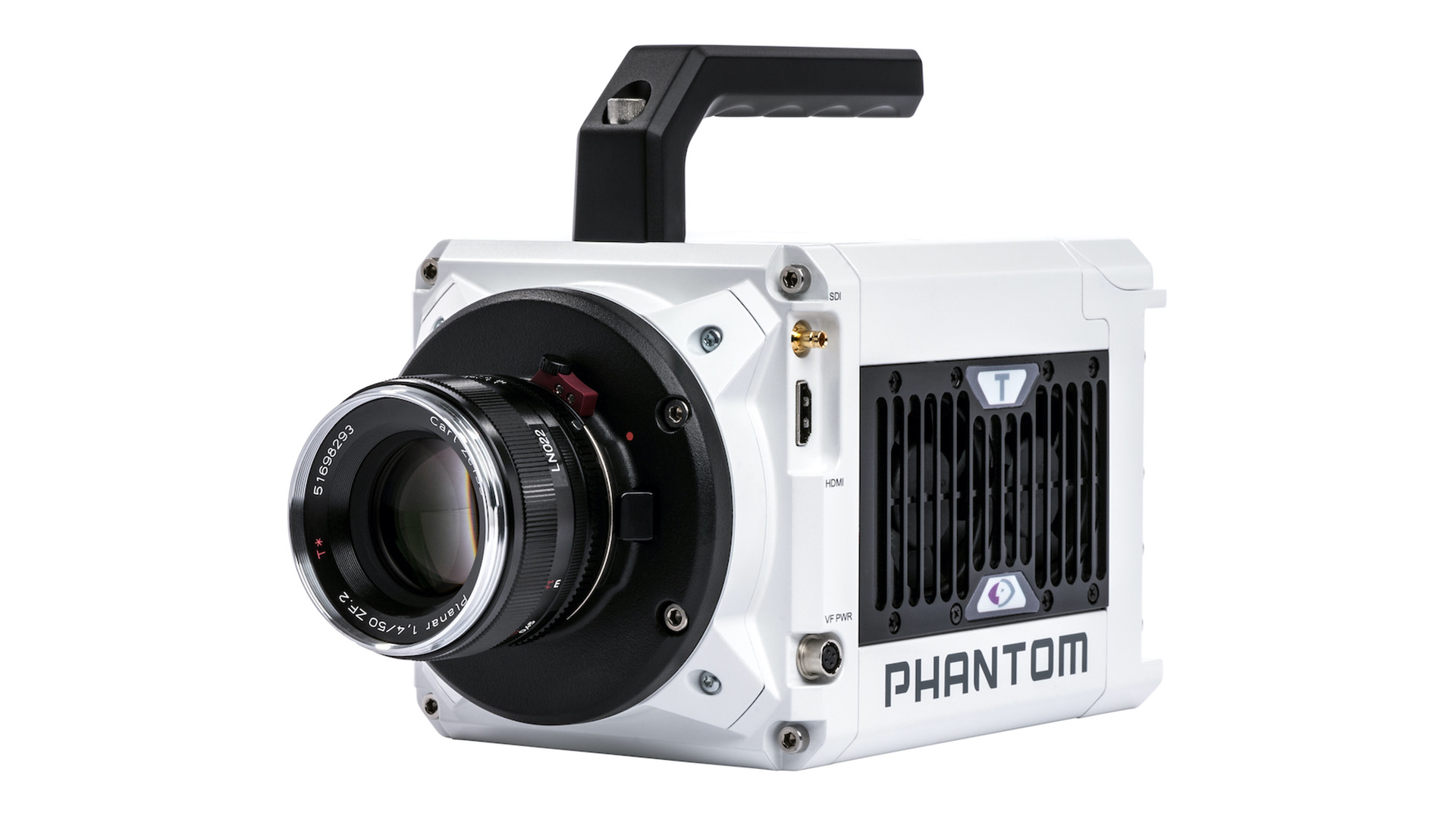 Making things that are happening quickly look like they’re happening slowly is a powerful technique in modern cinematography – or, possibly, a terrible crutch that’s been widely misused as an automatic-cool feature ever since it started to become available on more affordable cameras. Either way, if we want really fast things to go really slowly, there are only a few players in the market – and one of them has just announced a new camera.

Vision Research is, as the name suggests, a company with roots in analytical imaging in science and industry. As its cameras became more capable of producing images that were not only useful but also pretty, they became a popular way of avoiding the horrific expense of shooting really high speed material on 35mm film. Since then, the Phantom line has become the go-to option in high speed imaging for film and TV production. Because it was effectively replacing extremely expensive photochemical origination, there was never any need for Vision Research to target the value end of the market.

It’s still not quite clear if they’re really doing that now, although the recently-announced, four-megapixel Phantom T1340 should logically be less expensive than its higher-resolution siblings. No price has been released, so we can’t tell. Four megapixels yields a maximum resolution of 2048 by 1952, which is very near square, and that does suggest a more industrial use case. Still, it’s big enough to satisfy a 2K DCI and might sneak into higher-resolution productions on a shot by shot basis. It’s actually a pretty compact widget; five by five inches square by eight long, so a little smaller than an Ursa Mini, and with more lens mount options.

The company advertises Nikon F, EF, PL, C or M42 and it’s reasonably easy to get material out of the camera. It’s generally taken as raw, but there are options to get a wide variety of outputs from stills sequences to ProRes. It’s not necessarily clear how pretty the pictures are, but the 13.5µm pixel size is pretty encouraging; it’s not too dense a sensor. It is a pretty fast sensor, which may affect things in other ways.

And it does go rather quickly – 3270 frames at full resolution, and 6160 at 1920 by 1080. Sensitivity is given as ISO 4000, which sounds good until we realise that 1/6160 of a second exposure will still require a small sun parked nearby for proper exposure. You can get more sensitivity at resolutions under 1024x976 by binning pixels, which may make sense for some very specific situations. Still, such is the world of super high speed photography.

The T1340 will record at that 3270fps rate for 7.6 seconds if you buy the version with 144GB onboard memory, and it supports Vision Research’s CineMag removable media. The magazines come in sizes up to 8TB. Some frame rates can be shot directly to the magazine, depending on the required bandwidth, although full throttle is buffered to the faster internal storage.

One of the features that marks out cameras like this as intended, at least in part, for experimental engineering work is that it supports not only high frame rates but also very short exposure times, which are important for certain applications. It’s such a specialist and sensitive field that the really fast shutter option is actually export-controlled. There’s IRIG timecode – that’s the the inter-range instrumentation group – that’s used in military and aerospace contexts.

It also has interesting things such as strobe trigger outputs, intended to fire a lighting device every time the camera begins to expose a frame. All kinds of entertaining new ideas could be pursued with a camera like this. An example that springs to mind is LightStage, which relies on photographing a moving subject under very rapidly changing lighting conditions at high frame rate. The result is diffuse, specular and normal maps of something as complex as a human being. The technique relies on a high speed camera not so much for slow motion, but to allow instants of time to be sliced up and analysed to produce novel normal-speed results.

No price has been announced for the Phantom T3410, but going by company history it’s unlikely to be a pocket money option, and neither is the associated flash magazine. Even renting a Phantom tends to involve mandatory crew to come along and look after it on specialist wages. Still, if you want to go faster than about 300 frames per second, there aren’t that many options – unless, of course, you want to go back to 35mm film, and listen in alarm to the howling roar of a Photosonics camera coming slowly up to speed, spooling through huge quantities of film even before the green light comes on. It’ll likely be cheaper than that. By a lot.