Perfect imperfection, the rise and rise of lens flare [sponsored by ZEISS] 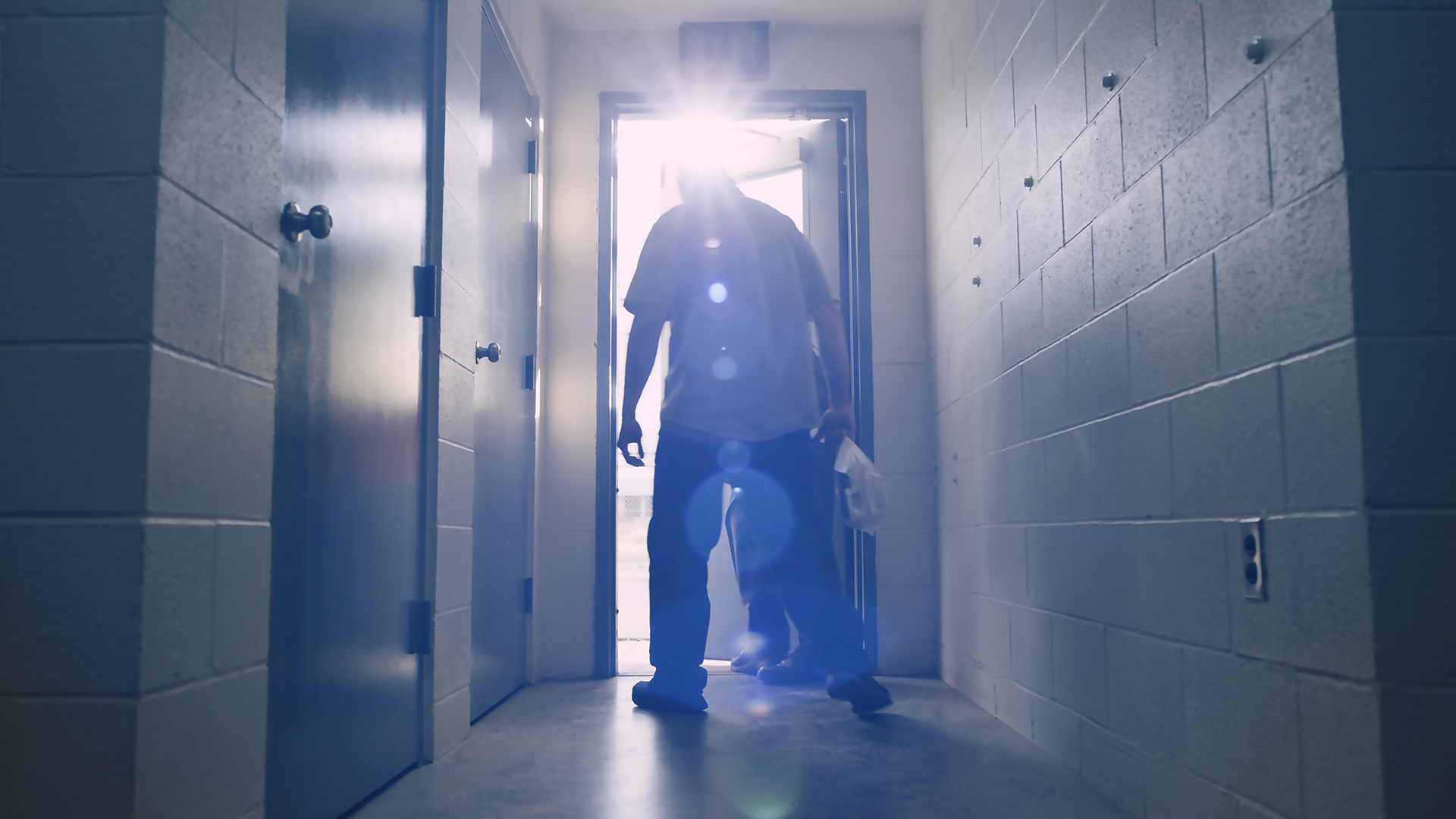 Once looked upon as a mistake that was to be avoided at all costs, lens flare is now very much in cinematography fashion, and we now have lenses available that make the effect more beautiful than ever before.

In 1964 Japanese director Hiroshi Teshigahara produced a film that was to become one of the most highly rated films in film history. The Woman in the Dunes is a film that is on many a movie connoisseur’s list, but it was also revolutionary in its cinematography. It is the first known example of a film that deliberately employed lens flare as a cinematic technique.

Right back to the silent movie era lens flare was seen as a mistake. If it was spotted during filming the take was halted and the setup was run again. In many ways it is quite understandable that this was the case. After all, a huge proportion of films were shot on a sound stage with very large, and very powerful lights that could play havoc with the composition. Nothing would give the game away more that the film was being shot in a studio than multiple lens flares from different light sources.

This was a particularly pertinent issue with Orson Welles’ Citizen Kane. The film used very deep depth of field with very small lens apertures, which in turn meant that a huge amount of light was needed to illuminate the compositions. Lens flare was a huge risk that had to be avoided, and it resulted in a brand new lens coating being developed to help eliminate it, and it set the direction of lens design to this day.

But as film styles and techniques developed, a new generation of filmmakers started to emerge, and in the 1960’s directors wanted to move away from the very clean aesthetic that dominated the landscape previously. They wanted vibrance, and authenticity. A ‘realness’ that wasn’t present in films previous. One of the primary methods cinematographers of the time employed to achieve this was lens flare. But what is it about lens flare that is so special, and why does it enchant cinematographers the world over to this day? 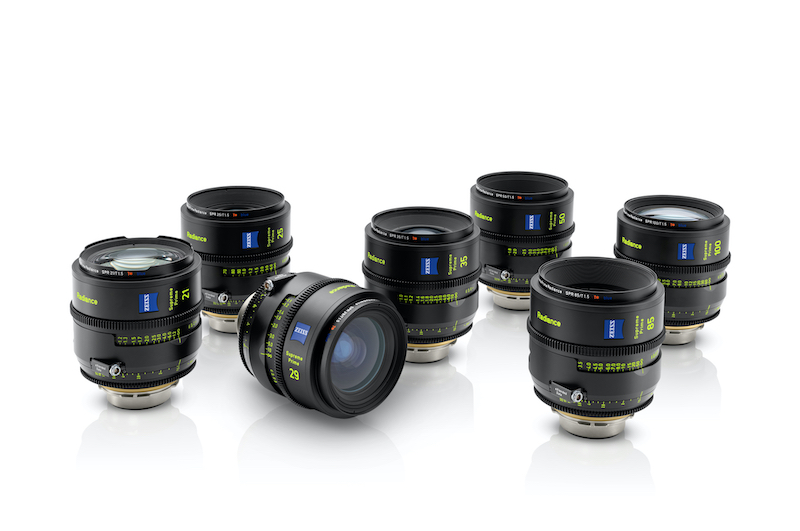 The ZEISS Supreme Radiance Primes are designed to give beautiful lens flare.

From Cool Hand Luke to the Graduate, to Close Encounters of the Third Kind, all the way to the present day with, most famously, JJ Abrams’ Star Trek film series, lens flares have now been prominent in cinematography for decades. The very fact that it was once looked upon as a mistake means that lens flares offer authenticity and a connection to reality. As mistakes go, lens flare can be a very beautiful one.

Far from being an artificial phenomenon lens flares are a part of our everyday lives. Whilst our eyes do not behave in the same way as a complex lens assembly, we still see flaring when we look towards bright light sources.

Lens flares in cinematography can emphasise the brightness of a light or of an entire scene. They can convey the enormous heat of a desert, or the blinding brightness of a star in space. But lens flares also signify something much more important. Authenticity.

Lens flares are employed all the time in CGI sequences. Because flaring is seen as being part of the real world it can help sell artificially generated images. Likewise they can help bring to life studio based interior film sets that purports to be an exteriors. But lens flares are not just an effect that can help to sell reality. They can add visual interest to a shot and become a beautiful aesthetic all of their own.

In JJ Abrams’ Star Trek movies, lens flares are very much a part of the film’s character. The distinctive anamorphic style flaring from those films has been emulated time and again, with post production software plugins being widely available to reproduce the effect. However, whilst plugins allow producers to play with the effect in post, nothing quite comes close to producing the flaring in camera, in the analogue realm, before the light hits the sensor.

The ZEISS Supreme Prime Radiance lenses have been developed to give cinematographers not only beautiful lens flaring, but full control and repeatability over the effect.

The ZEISS Radiance series doesn’t remove coatings from the lens elements. Instead the company developed what it calls T* Blue. This new coating allows the lens to retain its contrast characteristics while not suffering from any of the transmission loss that occurs with an uncoated lens. 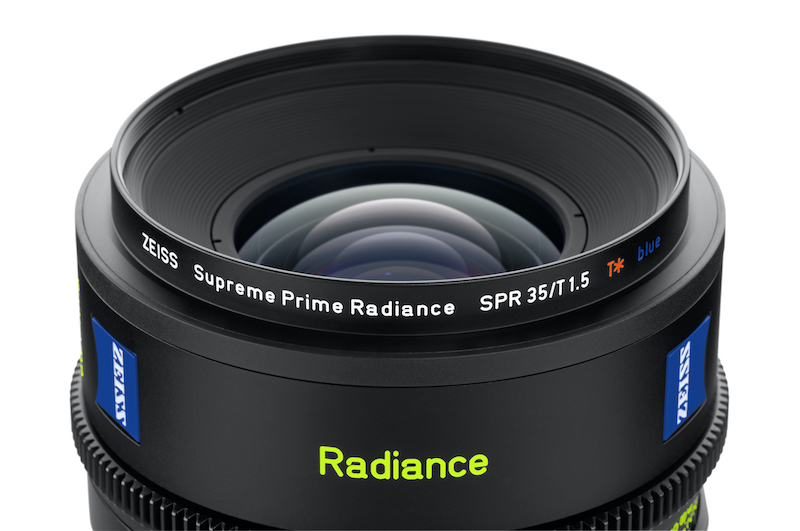 The ZEISS Supreme Prime Radiance lenses render like modern cinematography lenses under normal lighting. However with appropriate lighting the lenses reveal their magic, and it’s because of this that the lenses give cinematographers utmost control over the effect.

The lenses are designed to cater for the latest generation of large-format image sensors, and with a maximum transmission stop of T1.5 they are supremely suited to difficult low light shooting environments, with a very smooth fall off between in-focus and out of focus areas of the composition.

ZEISS has worked to give its Supreme Prime Radiance lenses smooth, organic, yet crisp detail reproduction, forgiving and kind to skin tones and texture.

The ZEISS Supreme Prime Radiance lenses embrace both the cinematography techniques of the present day, whilst giving the sort of control over flaring that DPs of the past could only have dreamed of.

Lens flares offer us, as the audience, an organic connection to the films we watch. An authenticity that allows us to emotionally connect with the imagery on screen. When you give DPs total control over the effect on-set, the results that the ZEISS Radiance series produces can be said to be perfect imperfection.