Five myths and fibs about lenses 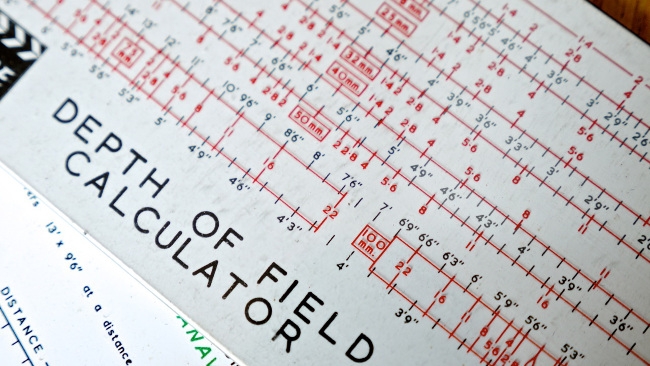 There seems to be a fair amount of misinformation going around about the basic principles of lenses even, dare I say, on these esteemed pages. And some of the myths are very pervasive.

So here are some of the elements of untruths I keep coming up against. Let me apologise in advance to many readers for stating what they will think is blindingly obvious (and to the others who will undoubtedly tell me I've got it all wrong).

It doesn't. Perspective, put simply, is the relative apparent size of foreground to background. We associate the look where the foreground looms larger than the background with wide angle lenses, the foreshortened look where space seems squashed up and background objects almost as large as those in the foreground with long focal length (telephoto) lenses. But really, it is not to do with lenses: perspective is entirely dependent on the distance between the camera (or our eyes) and the subject. Zoom in from the same camera position and our field of view narrows but the perspective stays just the same. As far as perspective (but not depth of field) goes, zooming in on a live scene has the same effect as zooming in on a still photo of that scene. Moving the camera (tracking in to the scene) changes the perspective.

You might accuse me of being pedantic - when it comes to it, if you want foreshortened perspective, you use a long lens, if you want the foreground to loom large, you use a wide angle - but I believe there is an important principle here. If you have ever taught film, you will see students desperate to look through a viewfinder at every moment to line up a shot. You don't really need to do this; just walk and uses your eyes to find the right relative position of the elements you want in the frame; this is where your camera should go. Then you choose your lens for the appropriate angle of view, to select how much you want to put in the frame.

As a basic principle, I think it is really good to look hard at the world before you look through a camera.

Wrong again, but there is a spate of articles and videos going round the internet that insist this is the case. If you were brought up with tools like the American Cinematography Manual (the bible of camera assistants), packed with Depth of Field charts for different focal lengths, then such statements seem heretical. (Depth of field, if you need a definition, which I'm sure you don't, is the range of distances in a image which are 'acceptably sharp'.)

How do the heretics come to these conclusions? In one test, the writer moves the camera to keep the foreground in approximately the same place in the frame (which invalidates the whole principle). In another, there is an obvious change in DoF in the accompanying photographs, despite the author's denial. Yet another tutorial claims focal length has little effect on DoF, then goes on to contradict itself in explaining (correctly) why large sensor cameras appear to have shallower DoF (see 3).

Let us remind ourselves: depth of field for a particular lens to subject distance is dependent on just two variables: aperture and focal length.

OK, it gets a bit more complicated than this as we have to define what 'acceptably sharp' means, which involves 'circles of confusion' (and we have enough confusion already) and that depends on the resolving power of the sensor or film, but the basic principle above is still sound.

3) Large sensors give us shallow depth of field.

Well, this is sort of true, but only true that for the same angle of view, we use a longer focal length lens, therefore giving us a shallower depth of field. And it is quite easy to understand: focus a 30mm lens to throw an image on a sensor or gate that is 1" wide, then imagine the sensor only 1/4" wide; the latter sensor would only show the centre portion of the picture, so what was a standard lens on the larger sensor becomes a telephoto on the smaller.

It is customary if you are shooting an interview with a small sensor camera to move further away from the subject and go on a longer lens to throw the background out of focus. This, of course, works, but it is not the same as having a large sensor camera closer to the subject. It's a different look. The camera has moved so the perspective has changed; the background may be blurry, but it's closer to you.

[As an aside - it's debatable what a 'standard lens' really is; I've seen it defined as a lens that corresponds approximately to the angle of view of our eyes but, in reality, our angle of view is much wider than most lenses. And in terms of how that image is viewed, it all depends on the size of a screen and how far you are away from it. If you are sitting close to a screen, an image shot with a wide angle lens would look more 'natural' to you in terms of perspective, than if you were sitting far away - and who cares about 'natural' in this context anyway?]

These days, we are accustomed to seeing statements like this:
"9.3 - 111.6 mm equivalent to 29.0 - 348.0 mm on 35 mm lens".
This is not a myth or a lie, just rather confusing. All it means is the angle of view of the lens is similar to a particular of a 35mm still lens, the assumption being we are all familiar with these. It came in when camera manufacturers began to sell digital cameras (with various different sensor sizes) to replace 35mm stills cameras and they needed some frame of reference. But it doesn't imply equivalence in any other way to a 35mm lens.

Until recently, this was not the case: a 10 x 10mm 16mm lens or a 14 x 8.5mm B4 video lens were never described as being 'equivalent' to anything else. In the TV studio, lenses are described in terms of angles, much more useful when plotting out camera positions on a studio floor and perhaps much more useful now.

This brings me on to:

5) Camera manufacturers are 'scamming us' about the speed of lenses.

Oh dear, do I really want to get into this? There is a stills photographer on the internet who claims manufacturers are falsely rating the f-stops of their lenses. Without going into complex arguments, I think he has taken the '35mm equivalent' descriptions rather too seriously, then got messed up with things like with sensor sizes and crop factors and concludes people who have bought Micro 4/3 rather than full frame cameras have been cheated. His intentions are, I'm sure, honourable, but it really just adds to the confusion.

I don't believe the manufacturers are scamming us. An f-stop is an f-stop. I think the problem lies in not quite being able to compare like with like. With film, the filmstock can remain the same whether it is 16mm or 35mm, but you expect, all other things being equal, the image on 16mm to be grainier (obviously). With digital sensors, it's as if you are not just changing the size of the gate, but the filmstock too. And although we expect a smaller film frame to be grainier, there doesn't seem to be the same expectation that the smaller sensor will be noisier.

Does any of this really matter? Maybe not, but I think there are some fundamental principles that have to be grasped for people setting out in this business and there are many on the internet who are not making it any easier.