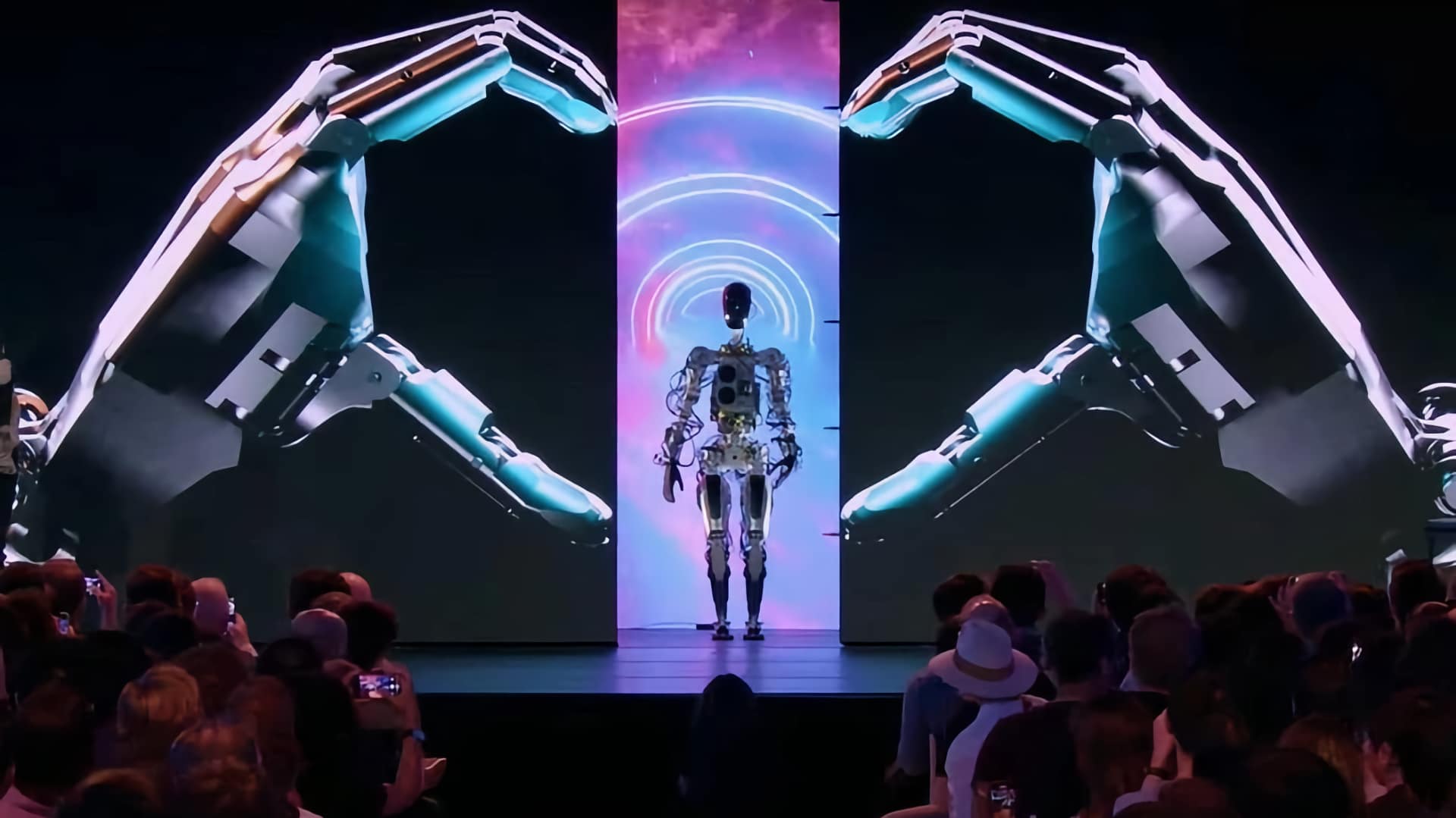 Elon Musk may be the internet’s favoured ringmaster at the moment, but even he couldn’t pull a decent humanoid robot out of his hat at Tesla’s AI Day event last week.

Connoisseurs of all things Tesla and Elon Musk were aware that going into last Friday’s AI Day there was a distant possibility that all the hype that Musk had been spreading about Optimus, aka The Tesla Bot, was likely to be mainly smoke and mirrors. Lines such as “the most important product development we’re doing this year,” might play well on Twitter, but perhaps less well on stage when the cameras were switched on.

And so it proved. The Verge quoted one roboticist before the event as saying “If it simply waves hello, that’s a groan fail.” So what did it do? One prototype walked forward and did a ‘raise the roof’ dance move. The actual waving didn’t come until another prototype was held up on a stand and waved to the audience. This was then rolled off the stage by some employees. In other words, the robot that waved was not even the one that could walk yet.

None of this isn’t anything we’ve seen before from companies as diverse as Toyota and Honda (who’s ASIMO actually debuted all the way back to 2000), and is distinctly less impressive than the work being done by Boston Dynamics with its Atlas project. The difference perhaps is that Musk is talking about something that he says can be mass-produced and will sell for around the $20k mark once production scales up. He also has shareholders to consider and/or placate depending on his current Edge Lord status. The Hyundai-owned Boston Dynamics, meanwhile, always refers to Atlas as a research platform and isn’t prone to making wild statements about its robots replacing human labour any time soon either.

Tesla isn’t the first company to come up against the fairly inflexible barriers to creating bipedal motion. The thing is, it’s really hard to do. Processors have to react astonishingly quickly to changes in balance and get commands to an array of servos and actuators with pretty much the same degree of haste. Bipeds meanwhile have been at this for millions of years — between 6 to 3.5 million is the current best guess — and have become good enough at it over that time that even their offspring can walk upright after around a year or so.

Which, however, also gives you a clue as to precisely how hard it is to do. If it takes even the computing and bio-engineering marvel that is your average human child a year to develop reliable bipedal locomotion, it takes a lot of effort to get right.

So, why go to the trouble? There are a number of reasons.

First up, the reason legged locomotion has evolved at all is because it’s given its users a distinct evolutionary advantage: it is very good at getting around. This is primarily why companies such as Boston Dynamics are pushing forward with it: legs make great navigators and can cope with all sorts of environmental obstacles.

Interestingly though BD does not stop at two legs. Indeed, the computations for quadruped motion are much simpler than bipedal, which probably helps to explain why BD’s quadruped Spot is available to buy, while its bipedal Atlas is confined to R&D.

Ditch legs entirely and it becomes even easier. Roombas and their ilk are out there now vacuuming houses many decades before a bipedal robot will be able to accomplish the task, never mind one that the average household can afford.

But probably the biggest reason is relatability. The feeling within marketing departments is that people will want to buy robots that they can relate to, and that means having two arms, two legs, and a head, with some sort of projection used to replicate expression.  And this holds even if it is ridiculously difficult to produce one that works.

Plus, of course, there’s Musk’s infamous Twitter question ‘Tesla should make 🔥 catgirl robots?’ to which 928,821 people bothered to vote and 81.9% said yes.

“I mean, I promised the internet that I would do catgirls, we could make a catgirl robot,” he recalled in response to a question about robots becoming sexual partners in a video interview with Chris Anderson, director of TED.

We’ve seen Westworld, we know how that works out.

But rewind 30 seconds or so before that and there’s an even better quote that comes from Anderson that shows the direction of travel here.

“At the start of the computing revolution Bill Gates said there’s going to be a computer in every home and people at the time said “Yeah, whatever, who would even want that?”

That is where Tesla is trying to go with this: a robot in every home. “A robot buddy,” in Musk’s words that he reckons in the same April 2022 interview is about two years away from mass production.

On the basis of what the company showed last week, the next 18 months will have to be incredibly productive to get anywhere close.