Nvidia has a new gaming flagship with the RTX 3080 Ti 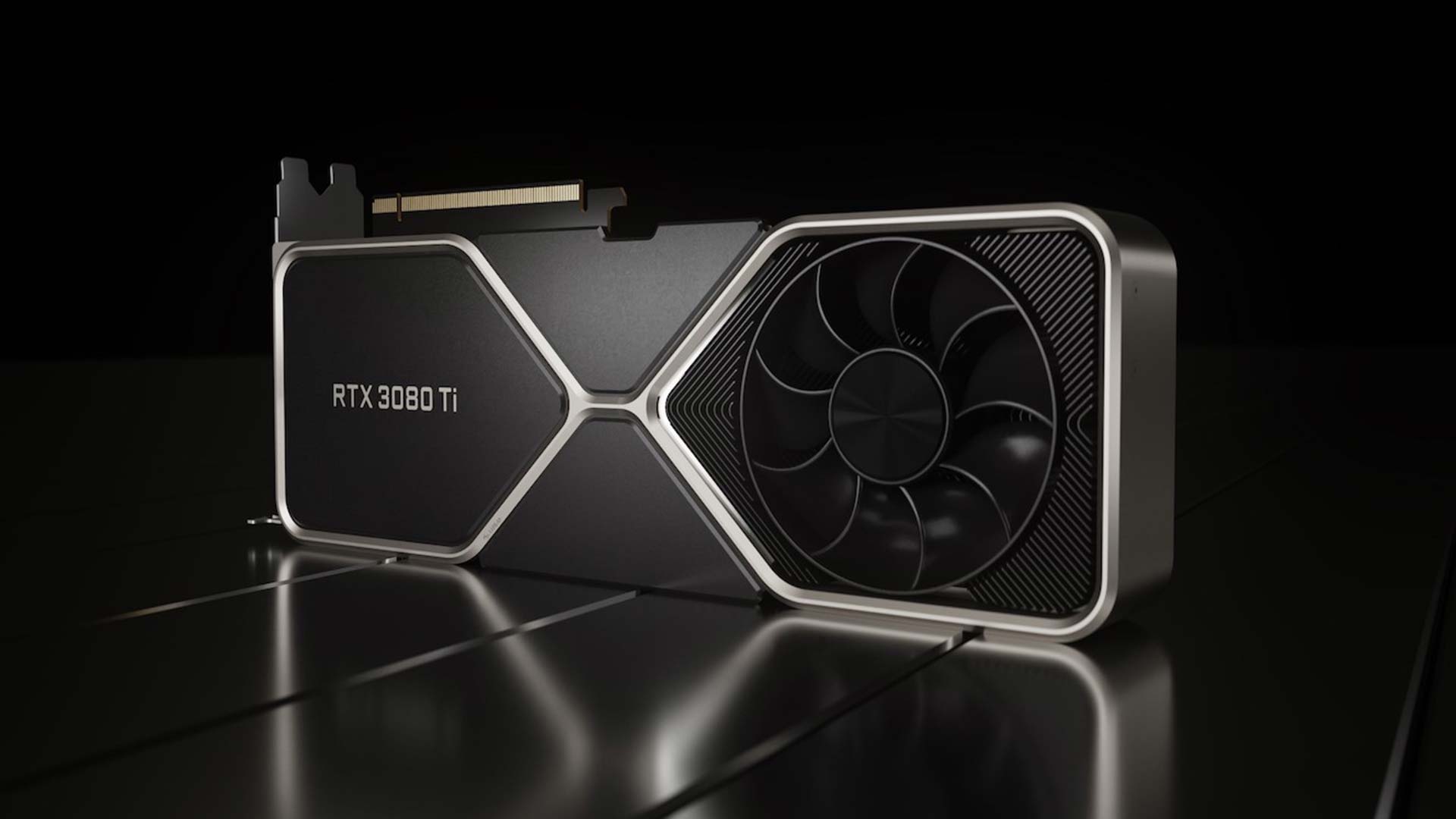 The new Nvidia GeForce RTX 3080 Ti is billed as 1.5x faster than the previous generation, but it will cost you - and crypto-miners need not apply.

The new flagship gaming GPU of the GeForce RTX family, the RTX 3080 Ti will be made available worldwide this week, 3 June to be exact, starting at $1199.

Based on the Ampere architecture that the company introduced a year ago, it’s very similar to its predecessor in most ways, with the main difference being a jump in power (see below) and 2GB more RAM.

How does it measure up to the giant three-slot $1499 RTX 3090 released last year and targeted specifically at the nascent field of 8K gaming? Not too badly at all in fact, with the main weakness being the new card only has half the VRAM at 12GB compared to the 3090’s mammoth 24GB.

The other main difference is the size. The 3090 is so big because it has a massive fan; the 3080 is a more typical two-slot size, but that means there have to be some questions regarding potential overheating issues. If the two are roughly the same spec — both need a 750-watt power supply and can draw 350w — but the cooling has been scaled down we could see some hot running cards out there…

For those who find $1199 a bit at the high end of things, there is another new card, the $599 RTX 3070 Ti, which will be available a week later on 10 June. In an echo of its flagship brother, this too is designed to offer 1.5x more performance over its predecessor (in this case the RTX 2070 Super).

Both new RTX cards will support all of Nvidia’s latest ray-tracing, DLSS, and Reflex technologies. DLSS (Deep Learning Super Sampling) offers AI-powered performance boosts to games, and to date more than 50 titles support it including the usual suspects from the big-name franchises such as Battlefield, and Call of Duty; while Reflex aims at reducing system latency caused by input lag and is aimed at providing a competitive edge to competitive shooters in the esports arena.

It’s not all games either. Nvidia is making much of its Studio platform and says that there are now over 70 content creation applications that support RTX-accelerated ray tracing, DLSS, or AI features. And there is also support for Nvidia Broadcast, a suite of audio and video AI enhancements, including virtual backgrounds, motion capture, and advanced noise removal, aimed at streaming of all types.

In fact, probably the only people that aren’t going to benefit from the new GPU are cryptocurrency miners. The gaming community has become increasingly vexed at crypto-miners stealing their new hardware goodies which, with a global chip shortage underway, were becoming increasingly difficult to get hold of as it was. In the last few months, Nvidia has started nerfing its new GPUs as a result, making them 50% less efficient at hashing Ethereum and trying to steer the crypto market to its new, dedicated Cryptocurrency Mining Processor, the CMP HX. A Lite Hash Rate (LHR)  label lets customers know that the new RTX units aren’t suitable for crypto tasks, and the hope is that will keep more of them in general circulation.

Both GPUs will be available for purchase as custom boards — including stock-clocked and factory-overclocked models — from add-in card providers, including ASUS, Colorful, EVGA, Gainward, Galax, GIGABYTE, Inno3D, MSI, Palit, PNY, Zotac, and other regional providers around the world. However, Nvidiahas already warned that supply shortages might well continue into 2022 at least, so even with the LHR badging, it might be a while before many people get the chance to buy one.