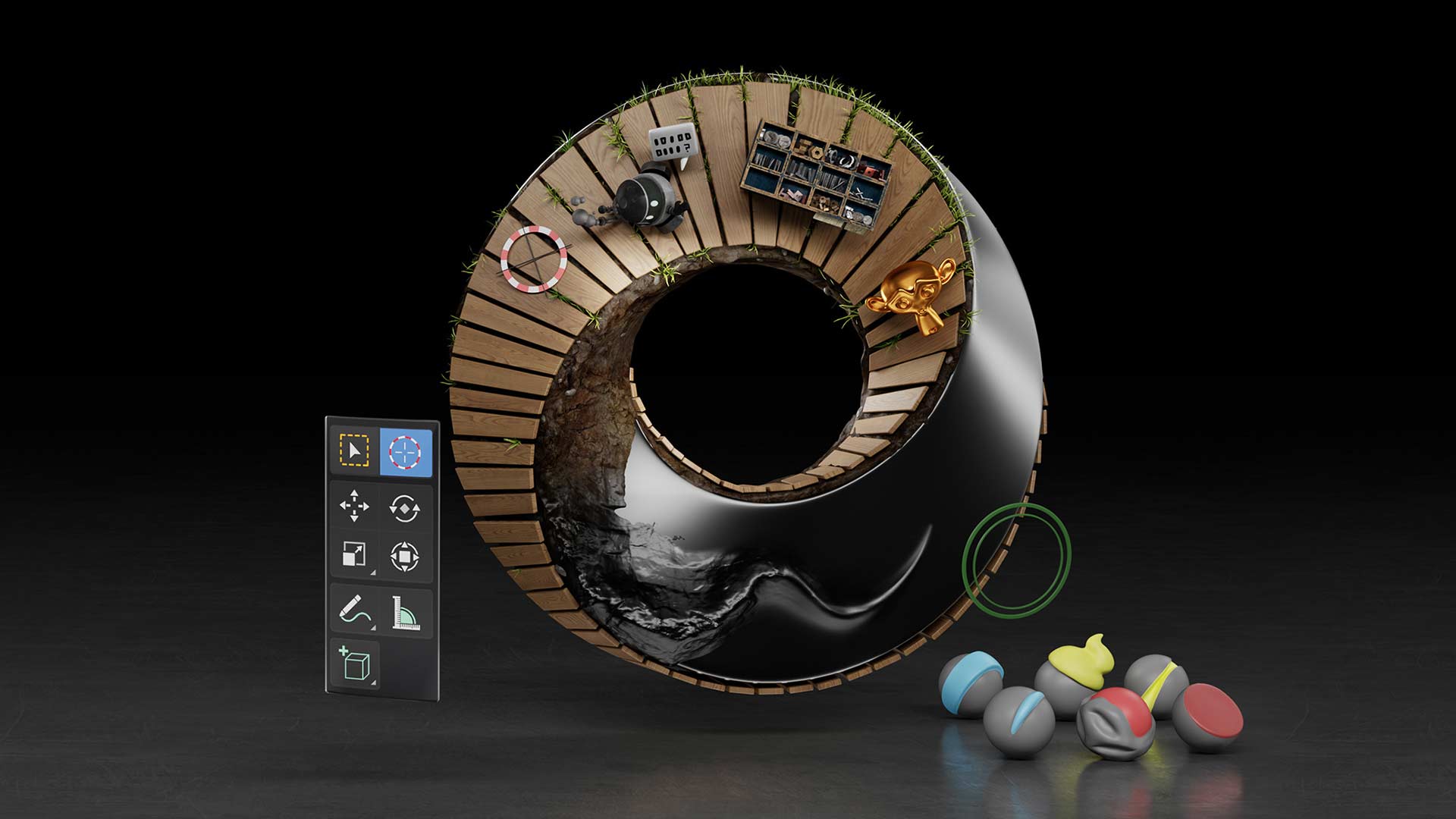 SIGGRAPH 2021 is a go, and Nvidia is heading up the news with some new Omniverse updates and a brand new RTX A2000 desktop GPU.

The SIGGRAPH 2021 virtual conference is underway, and NVIDIA has announced some new updates for Omniverse. The open-source 3D animation package, Blender, will now include support for Pixar’s Universal Scene Description in version 3.0. The new compatibility will enable users to use it within Omniverse production pipelines.

Connection to Omniverse can happen via USD, a plugin, or an Omniverse Connector. The company also announced a more advanced Blender Alpha 3.0 USD branch with more USD and material support. Additionally, NVIDIA is working with Adobe to produce a new Substance 3D plugin to enable Substance Material support within Omniverse.

The company says that using the plugin, materials created within Substance 3D can be adjusted directly within Omniverse, saving having to run trip should any changes need to be made.

A new Omniverse extension has also been announced. Called GANverse3D - Image2Car, it aims to make 3D model creation easier with the assistance of AI. GANverse3D is the first in a line of plugins that will form an Omniverse AI Toy Box.

The plugin has been trained on thousands of 2D photos helping it to predict geometry, texture, and part segmentation labels. NVIDIA states that it could mean that you could present the system with a single photo of a car, and the system would turn it into a 3D model that can drive around a virtual scene.

The appeal is easy to see. Making 3D models is a time-consuming task best left to the pros. This new plugin will somewhat democratise 3D model creation, allowing otherwise inexperienced model creators to produce something viable useful in the 3D creation sphere.

NVIDIA has produced a new desktop GPU, the RTX A2000, which the company is claiming to be “the most powerful, low profile, dual-slot GPU for 3D creators.” The GPU, which will be available from October includes:-

A laptop version of the GPU is also available in some laptops shipping now, such as the Lenovo ThinkPad P17 Gen 2.

Find out more on the NVIDIA website, and watch the NVIDIA SIGGRAPH 2021 address here.